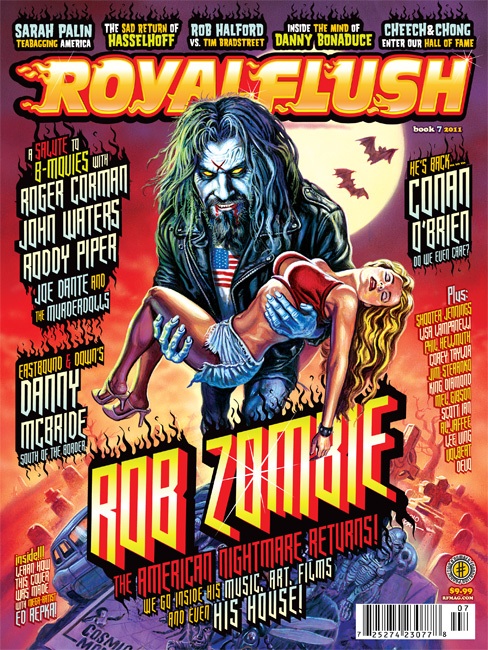 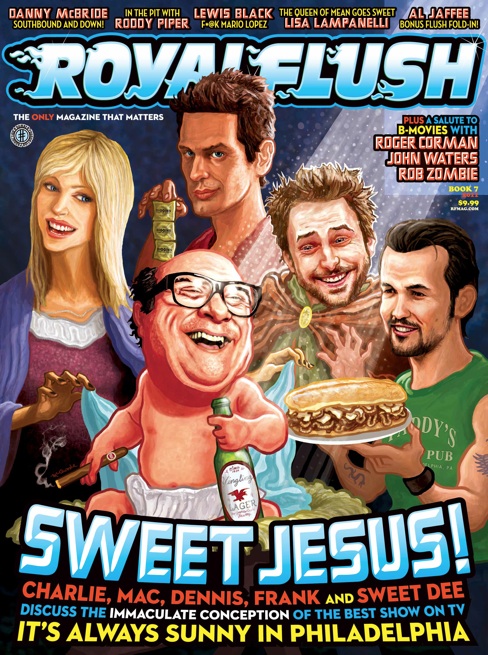 Last night at the Al Jaffee opening at MoCCA, Royal Flush Magazine editor and publisher Josh Bernstein showed us the latest issue #7 that just came out and is now available to order. It features some incredible art and is two magazines in one, flipping in the middle. It features one cover illustration of Rob Zombie by Ed Repka and another cover illustration of It’s Always Sunny in Philadelphia by Patrick McQuade. It also features an amazing fold-in illustration by Al Jaffee.

Speaking of Rob Zombie, he will be making an in-store appearance at Forbidden Planet in NYC on October 11th signing copies of Royal Flush Volume 7 and his latest release Hellbilly Deluxe II – Special Edition.