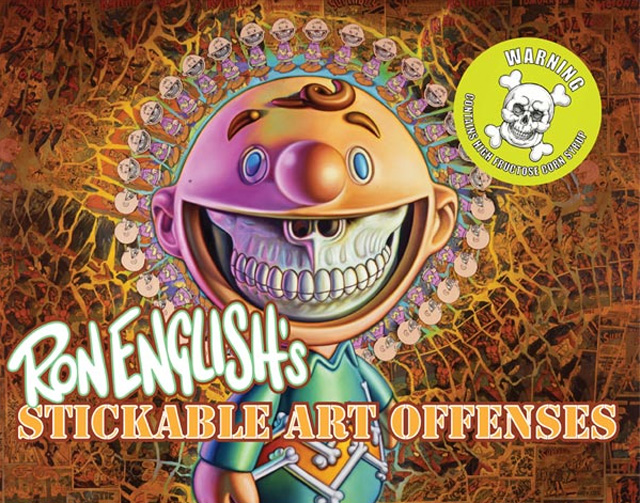 English coined the term POPaganda to describe his signature mash-up of high & low cultural touchstones, populated with his vast and constantly growing arsenal of original characters, including MC Supersized, the obese fast-food mascot featured in the film Supersize Me, and Abraham Obama, the fusion of America’s 16th and 44th presidents. Includes amusing anecdotes from English’s stickered past.

Ron English’s Stickable Art Offenses puts you in control of the canvas. These hilarious parodies are more than enough to keep you entertained — as well as arrested! Just ask the artist himself. Actually, you don’t have to. English retells the story of how undercover agents in plainclothes rushed him outside of a populer Manhattan club. So, it goes without saying that neither Last Gasp nor Ron English are responsible for whatever trouble you get yourself into with these! Designed by Randy Johnson. 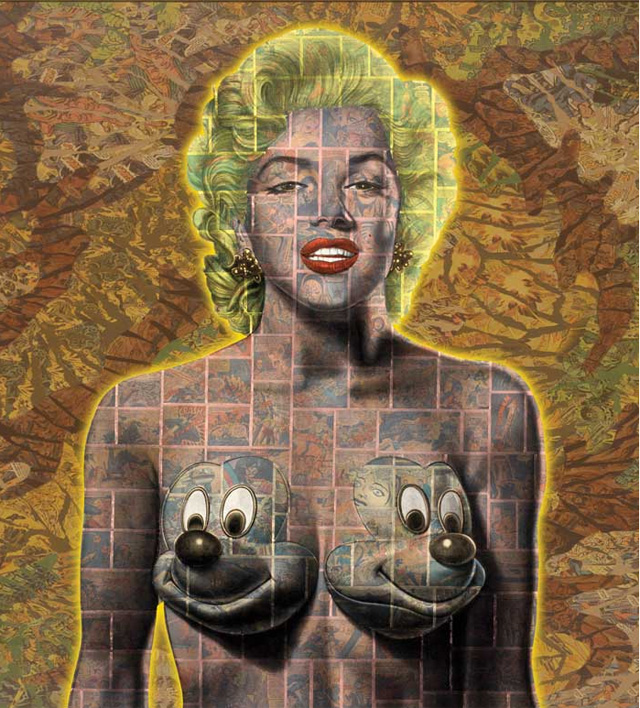