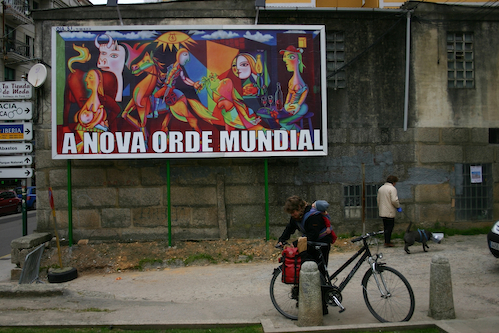 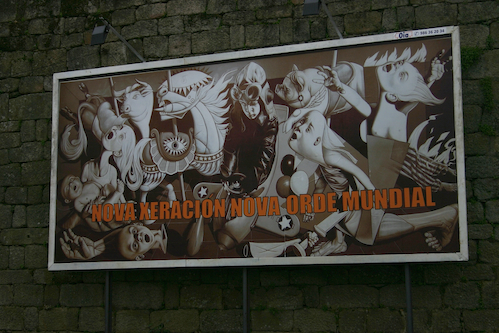 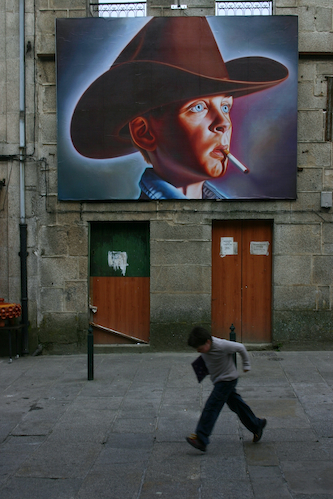 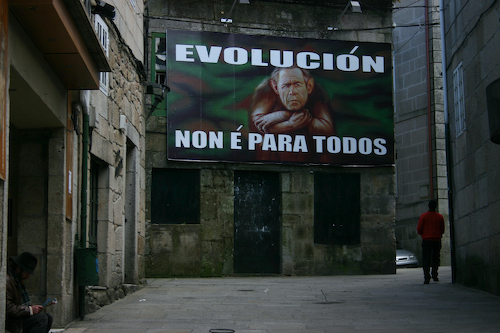 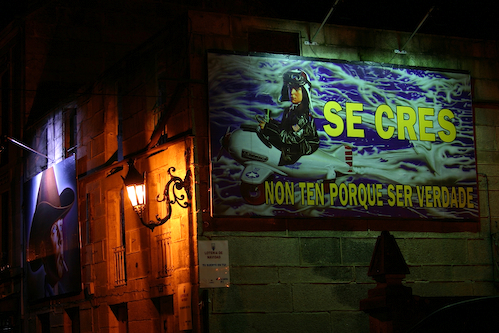 Ron English just sent me these photos of several amazing billboards he installed in Tui, Spain a couple of weeks ago. Ron and Pedro Carvajal were in Spain for the premier of Pedro’s documentary “POPaganda: The Art & Crimes of Ron English”.

Here are the translations:

Evolution, It’s not for everyone (George Bush)

If you believe, it doesn’t have to be true (Boy on toy plane)

UPDATE: Pedro emailed me a link to SUPERTOUCH’s write-up on these billboards, which includes some additional photos. It appears that SUPERTOUCH is Jamie O’Shea’s blog. I met Jamie over a decade ago through Juxtapoz Magazine and since them I’ve completely lost track of him. It looks like he’s been blogging for a year now. I had no idea.