This humanoid robot has been modified by researchers at Disney Research to play catch and juggle with a human partner. The robot uses a Microsoft Kinect controller to track the balls through the air, catching them with a mitt-like hand. The robot then tosses the ball back at the human partner (in juggle mode it does this very quickly). If the robot drops the ball, it performs a “failure animation,” such as shrugging its shoulders or shaking its head. The robot was developed for interactive entertainment research. 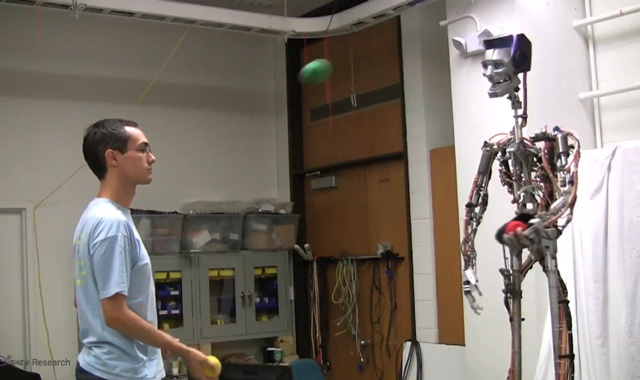 image and video via Disney Research