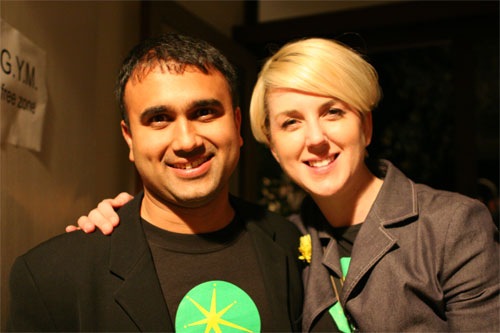 Riya, a facial recognition photo search service, had it’s alpha launch party tonight at the Tech Crunch headquarters in Atherton. This location has been the scene of previous Tech Crunch BBQ’s, but tonight, at Tech Crunch Meetup #4 the focus was on Riya and my good friend Tara Hunt helped organize a successful launch party attended by several hundred geeks interested in finding out more about this new service. These numbers were inflated by several rumors that Google has acquired Riya for 40 million dollars, which in turn lead to another 5000 requests for alpha accounts. For more on Riya and how it works, check out Tech Crunch’s in-depth analysis of their service.

Photos of the Riya Launch Party