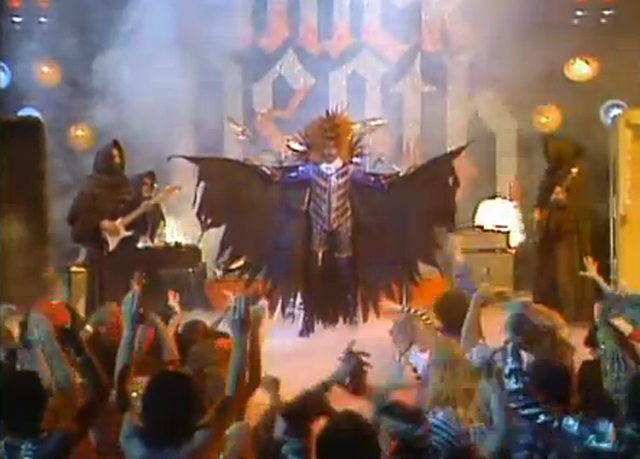 On the short-lived ABC primetime TV variety series from 1977, The Richard Pryor Show, comedian Richard Pryor ends the first episode with a performance with his heavy metal band, Black Death. Look for an audience cameo of Sandra Bernhard, who was a writer for the show.