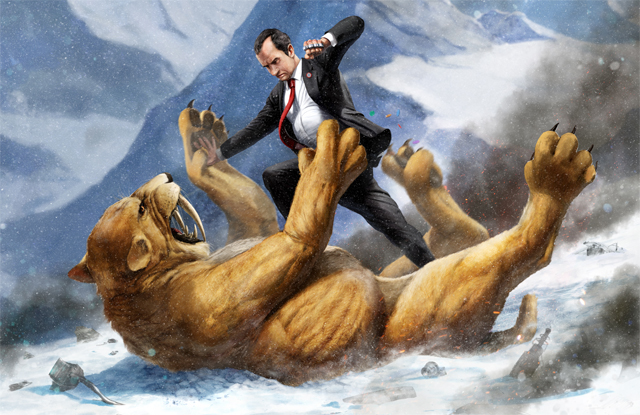 Walnut Creek, California-based artist Jason Heuser (aka “SharpWriter“) has created an fantastic illustration of the 37th President of the United States “Richard Nixon Fighting a Saber-Toothed Tiger.” Prints are available to purchase online at Etsy. Previously, we wrote about Jason and his impressive collection of presidential artwork.

When Richard Nixon first traveled through time there was a considerable malfunction with his time machine, he was transported back to the ice age where he ended up battling a saber-toothed tiger. 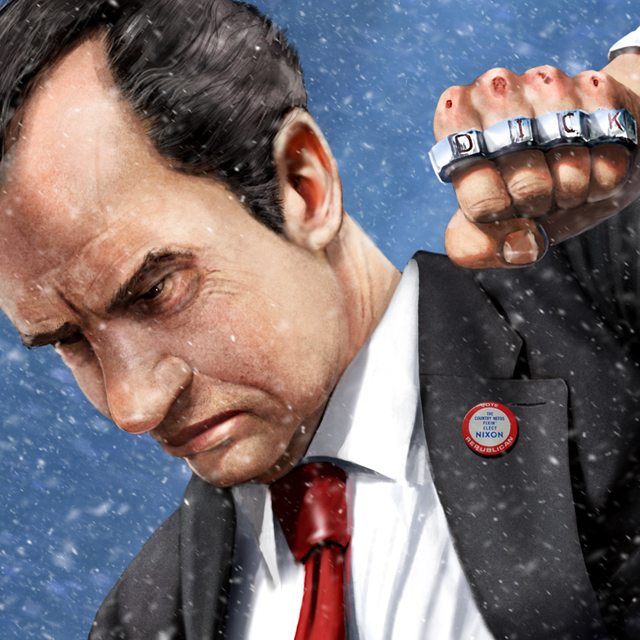