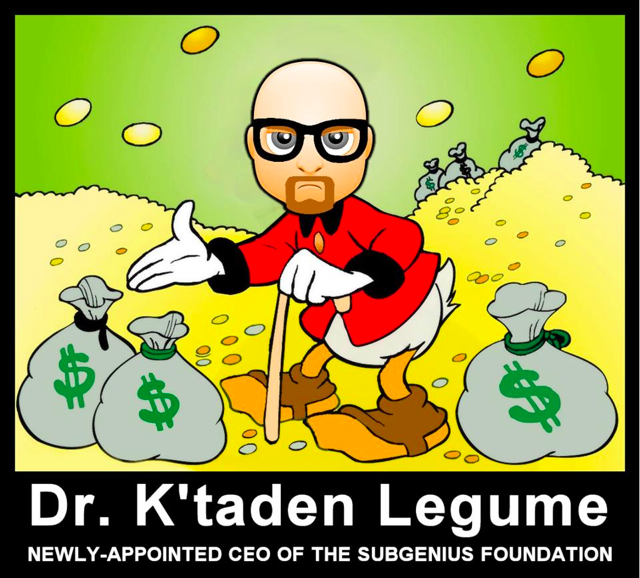 In a news release dated June 15, 2012, Rev. Ivan Stang announced his retirement from The Church of the SubGenius “citing his ill demeanor and declining patience with internal conflict among the members of the SubGenius Church”. Dr.K’taden Legume will now serve as President and CEO of the Foundation.

Rev. Stang will continue to produce his nationally syndicated radio program, “The Hour of Slack”, and attend personal speaking engagements. Rev.Stang later commented, “I’m sick to death of dealing with idiots when my time can be better spent attempting to capture the vicious Jaggi”.

Dr. Legume immediately appointed Priestess Pisces as his VP, and stated that his first order of business is to examine the membership rolls and “weed out the dead weight and the malcontents”.

Legume announced that there will be a huge addendum to the church’s list of banned members prohibited from attending the SubGenius Foundation’s annual X-Day event, to be released to the public on June 30.

Dr.Legume will be receiving a six figure salary commensurate with his duties and experience.