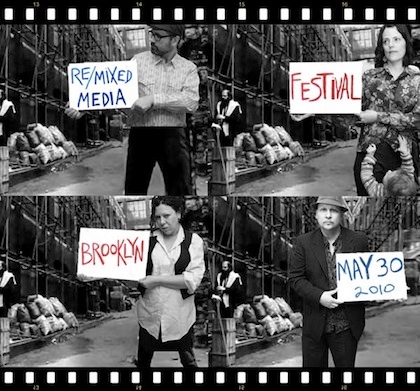 LOFI (League of Independents) presents the RE/Mixed Media Festival 2010 on May 30th at Galapagos Art Space in DUMBO, Brooklyn.

Over the past decade, digital technology has allowed artists and consumers access to media-creating tools previously only available to professionals. The result has been not only an explosion of user-generated media, but an explosion of creativity. Artists began remixing and mashing up existing media, creating new works of art using elements from other sources. The result has been a flurry of controversy over intellectual property and copyright. RE/Mixed Media Festival aims to continue this conversation by bringing a public awareness to the myriad disciplines of art that remix touches and its respected place in the history of art.