ReMade: The Rebirth of the Maker Movement is a documentary currently in production by Electromagnate about the makers and hackerspaces of the DIY movement. They’ve launched a Kickstarter project to help raise funds for the film.

Follow a diverse group of makers and entrepreneurs as they document the achievements of current makers and the revolution they have inspired. ReMade: The Rebirth of the Maker Movement will reveal the stories of members of community-run workshops, including hackerspaces, makerspaces, and other collaborative organizations across the U.S.

ReMade will tie these inspiring stories with those of the leaders who have furthered the goals of this movement and inspired thousands to take part. It will follow the history that brought us to this revolution, such as the Mechanic’s Institutes of the 1870’s and the computer revolution of the 1970’s.

The production of ReMade reflects the nature of the film, as members of the Electromagnate team built the current film equipment by hand. The funds raised on this Kickstarter will fund travel expenses to interview crucial figures and organizations in the movement, post-production costs, and obtaining professional-grade cameras to supplement their current home-manufactured steadicams and rigs. 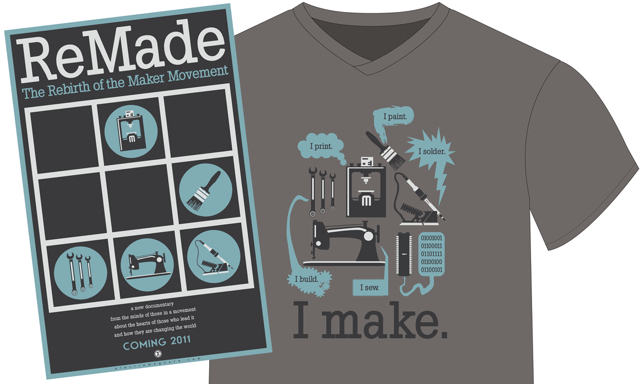