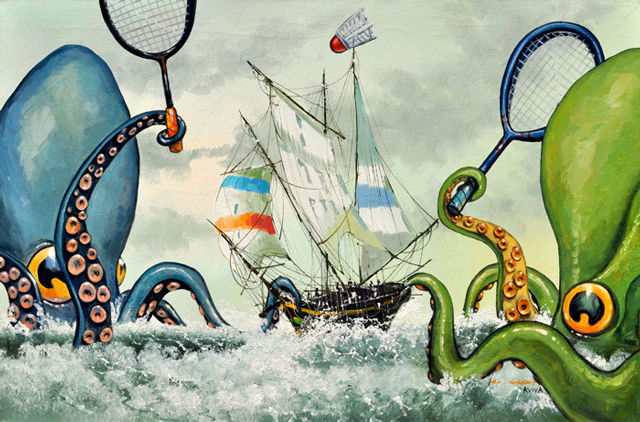 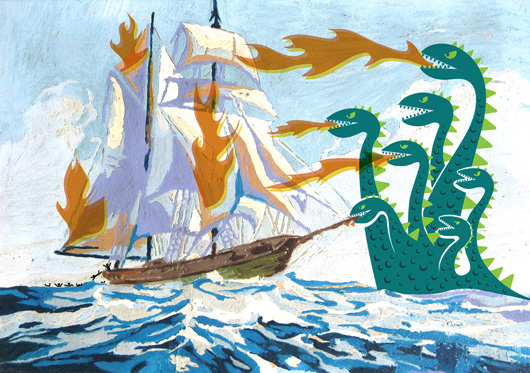 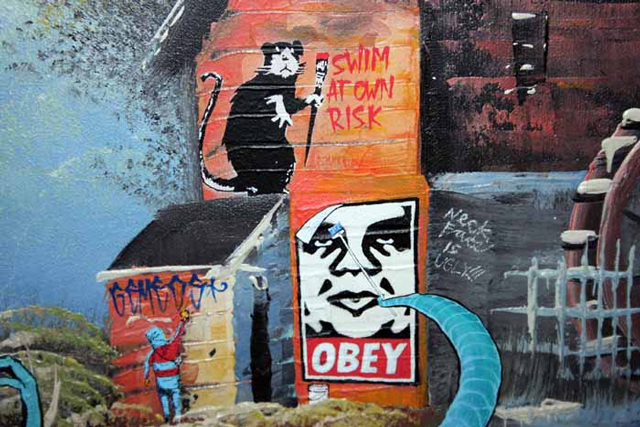 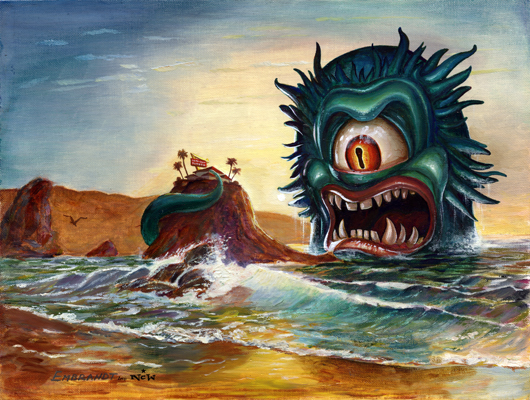 Norse mythology tells of the Kraken, a legendary sea-dwelling monster that was said to devour ships, whales and humans. Although most likely the story stems from sightings of a giant squid, the legend of this sea beast lives on in San Diego’s Subtext Gallery at their Release the Kraken! art exhibition celebrating their fifth anniversary.

Each artist was given a painting with a body of water in it, and then asked to “Kraken-ize” it by adding some sea monsters, hydro-creatures or aquatic beasts of their liking.

Release the Kraken! opened on August 12, 2011 and will run until September 11, 2011. A PDF preview of the entire show with a price list is available.