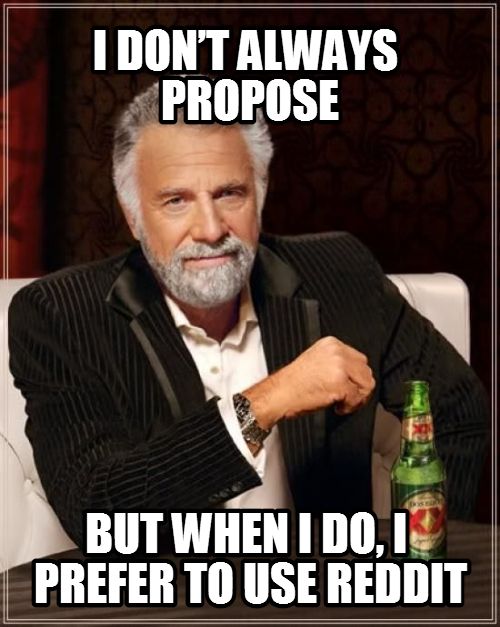 SirTechnocracy proposed to his girlfriend of 18 months on reddit using a collection of memes and 18 beautiful works of art commissioned from DeviantART users. His girlfriend, ladytechnocracy, saw the post about an hour later and accepted with another meme, defending the unusual proposal in the comments:

Understandably, a lot of people are giving SirTechnocracy grief about this. I understand that the concept of a Reddit proposal is… unconventional (hell, I’d never think of it), but this is honestly the most romantic thing someone has ever done for me. The advice animals crack me up, and the commissions are amazing. 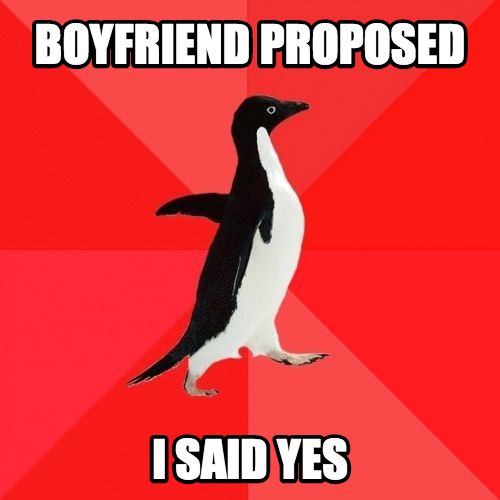