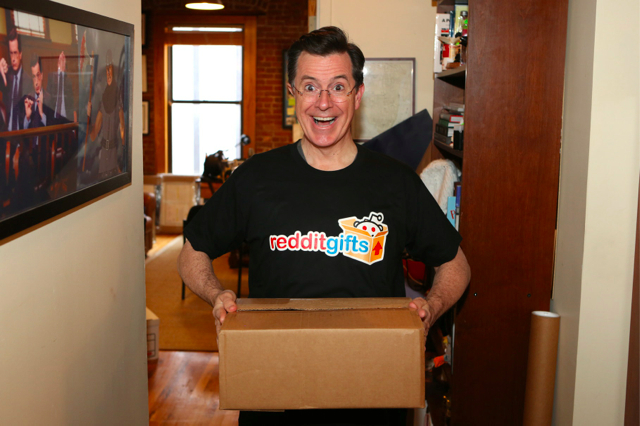 reddit founder Alexis Ohanian has started a redditgifts program for secretsanta redditors to send care packages to overseas redditors in the Armed Forces. According to campaign’s introduction video, Stephen Colbert was the first redditor in line to send a care package to an overseas redditor. There is a discussion on reddit about the program.

Dear redditors in the Armed Forces,

We’re amazed by the incredible things you do for our nation every day. Now, it’s our turn to do a little something for you. Is there a snack you’ve been missing? Books you’ve wanted to read? Or a DVD you’ve been meaning to see? Maybe you’d just like a redditor to surprise you?

Troops: Sign up below and let us know what kind of care package you’d like to receive.

Santas: Sign up below to send a care package to a redditor in the Armed Forces. It’ll be like sending the troops a virtual high five through the mail — we’ve already got one redditor ready to ship!