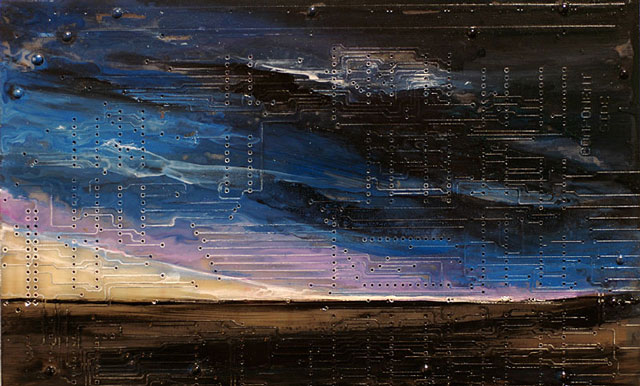 Artist Peter McFarlane creates paintings and sculptures out of obsolete circuit boards. He was inspired to make art out of circuit boards after working as a computer consultant and observing first hand the speed with which computers became obsolete and were discarded.

To me, waste is just lack of imagination. This belief carries beyond the boundaries of my art production and permeates most aspects of my life. Most of my home and studio, and much of everything in them, is recycled. I’ve always had an epic imagination along with a driving desire to make things. Thus, used objects have pared my options down to a workable, manageable level. 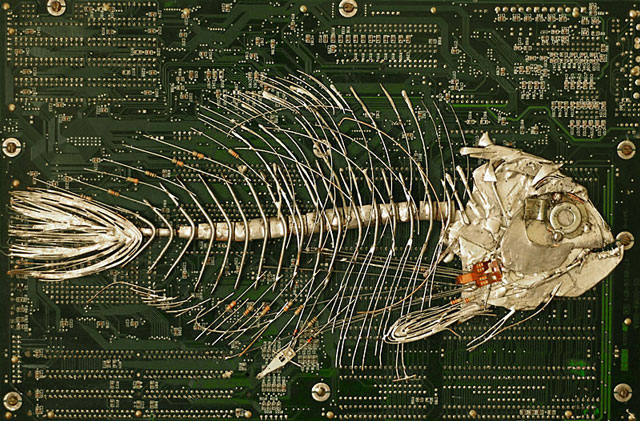 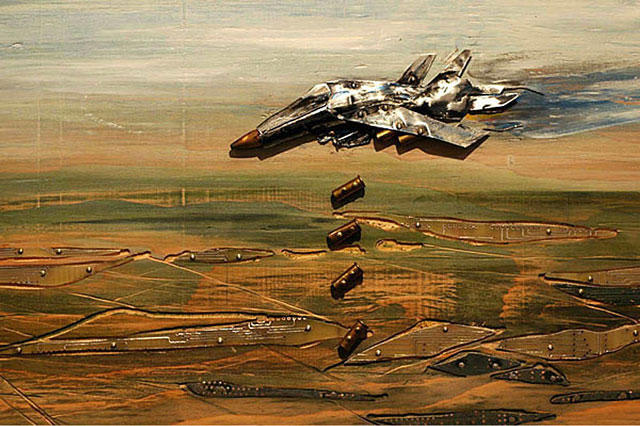 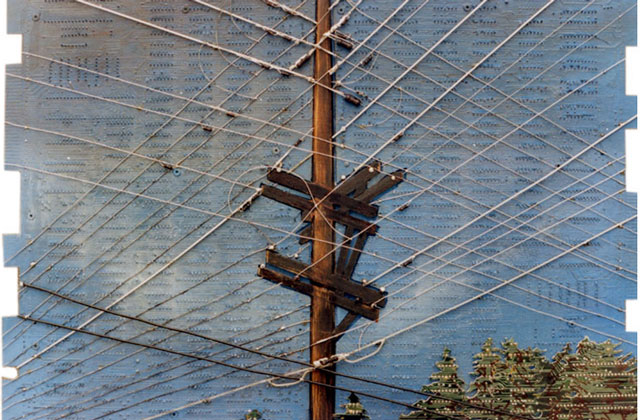 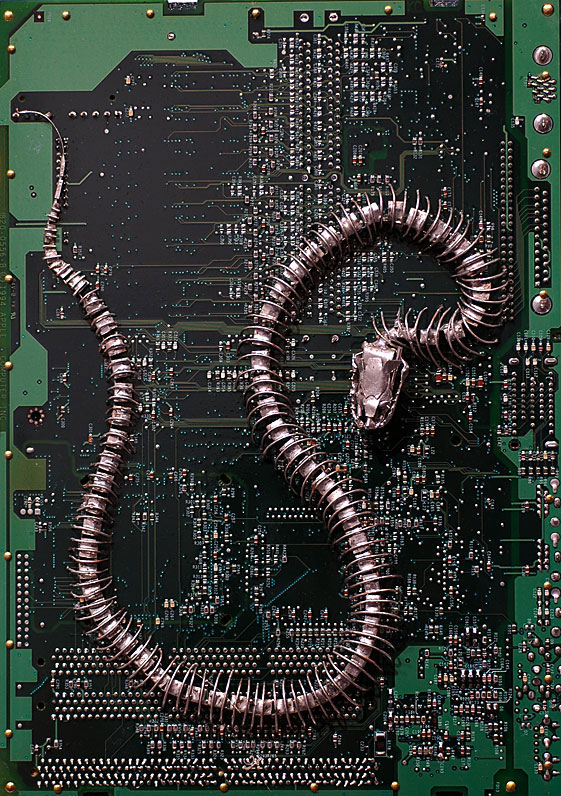