Competitive eater Kevin Strahle, aka “L.A. Beast”, ate two rare and insanely hot peppers called Chocolate Bhutlahs. After popping both peppers into his mouth, Kevin had an extreme reaction. He went as far as dumping milk on his head and shooting a fire extinguisher at his face to ease the pain.

The Chocolate Bhutlah pepper grown by Steven McLaurin aka “standbyandfire” is dangerous. It will drop a grown man to his knees and make him cry. 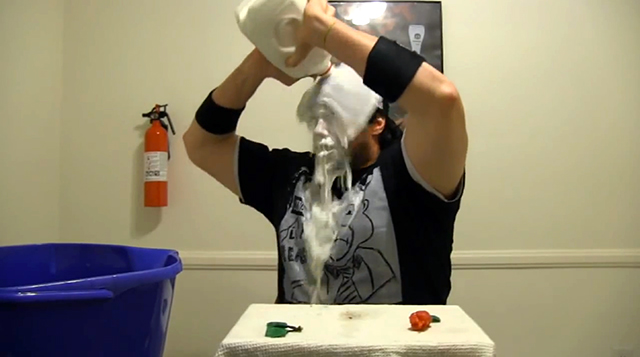 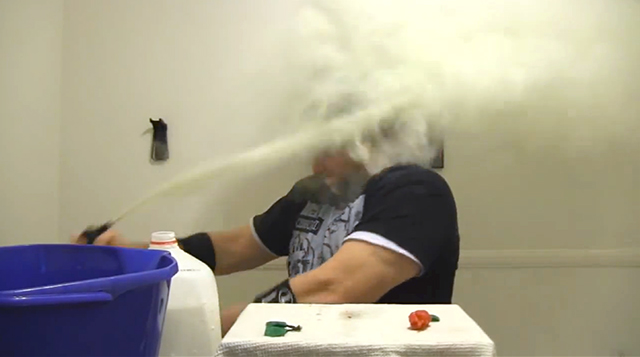