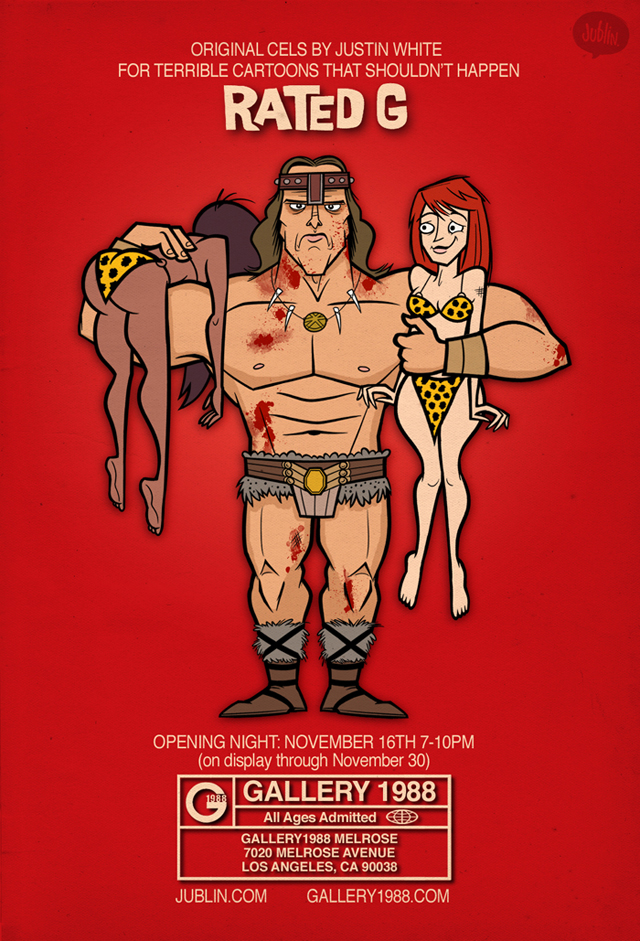 “…for terrible cartoons that shouldn’t happen.”

The Rated G solo art show by talented Los Angeles artist Justin White (aka “Jublin“) at Gallery1988 will feature an incredible collection of his illustrated / animated cels displaying popular scenes from film and television shows that will never actually become animated. The opening reception for Justin’s art show is Friday, November 16, 2012 from 7 to 10 PM. The show will be on display through Friday, November 30, 2012 at Gallery1988 Melrose in Los Angeles. You can RSVP for the show on Facebook and see more art previews (as they are released) on the Gallery1988 Tumblr blog.

On November 16th, “Rated G” opens with a collection of animation cels from movies and television shows that aren’t likely to ever be animated. From classics like Fargo, Psycho, and The Shining to anti-classics such as The Room, Troll 2, and Saved by the Bell, plenty of memorable scenes will be on display. Come support your local/non-local Justin @ Gallery 1988 on Melrose in LA. 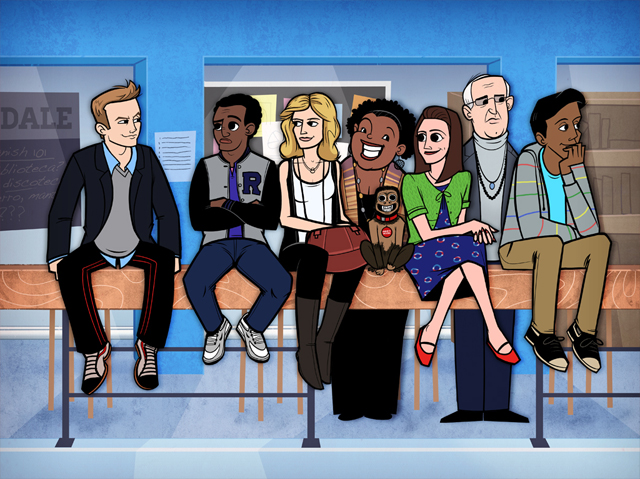 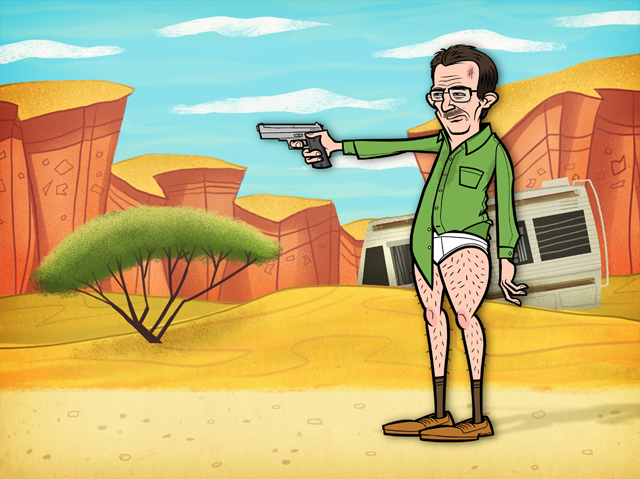 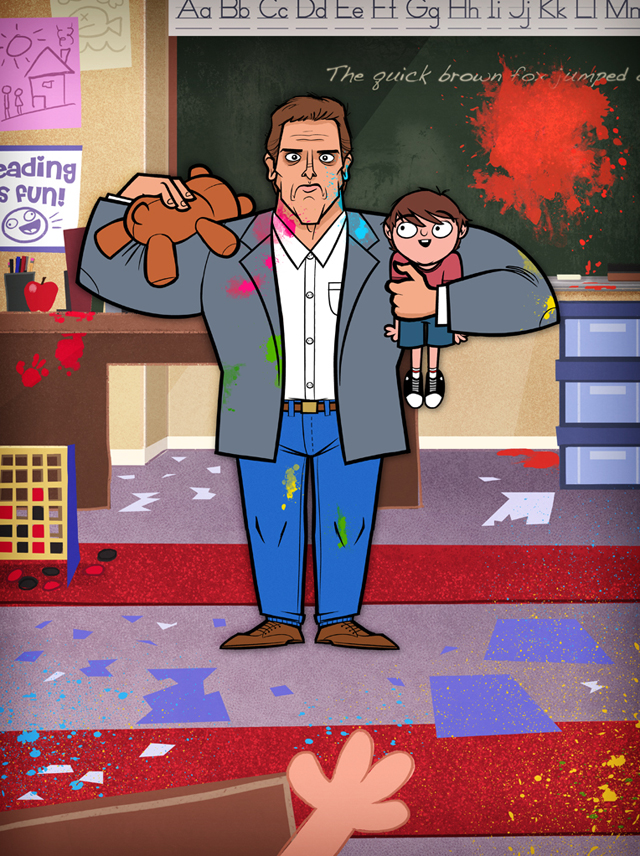 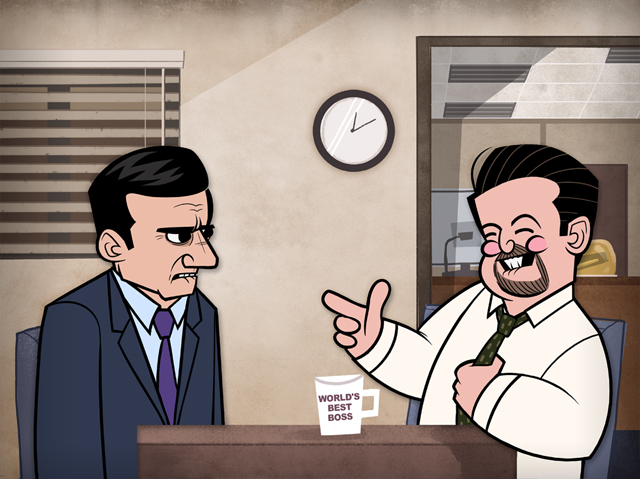 The Office by Justin White 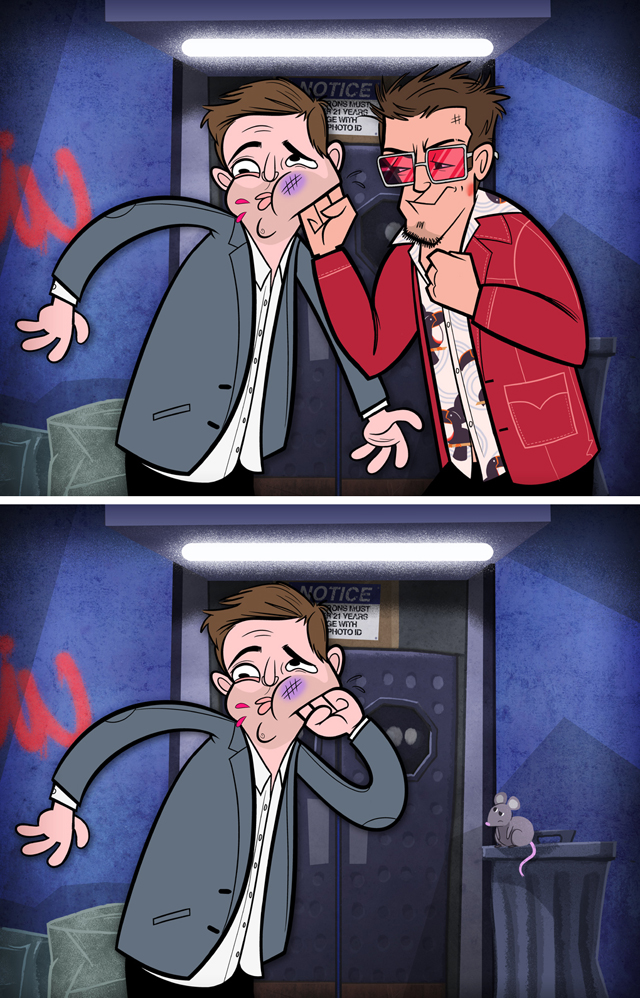 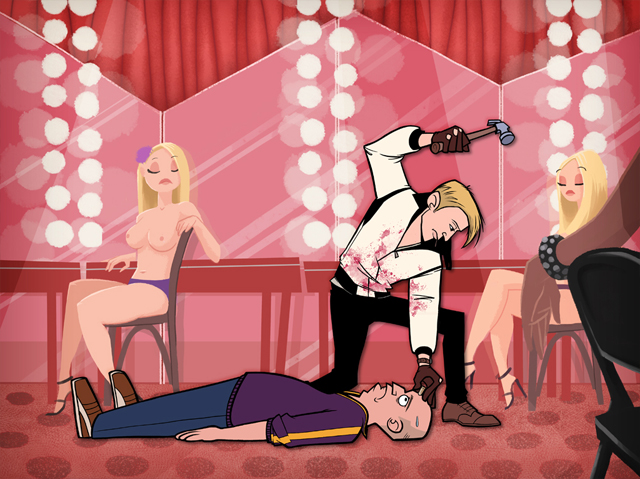 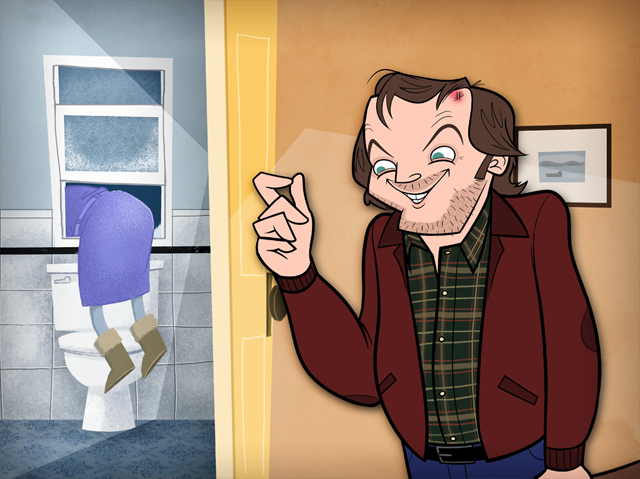 The Shining by Justin White 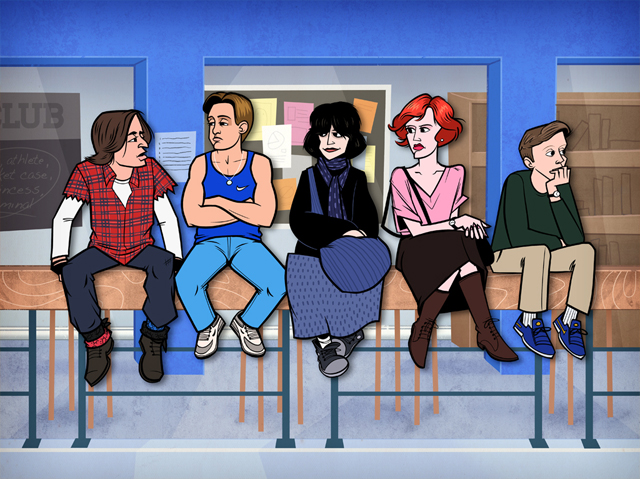 The Breakfast Club by Justin White 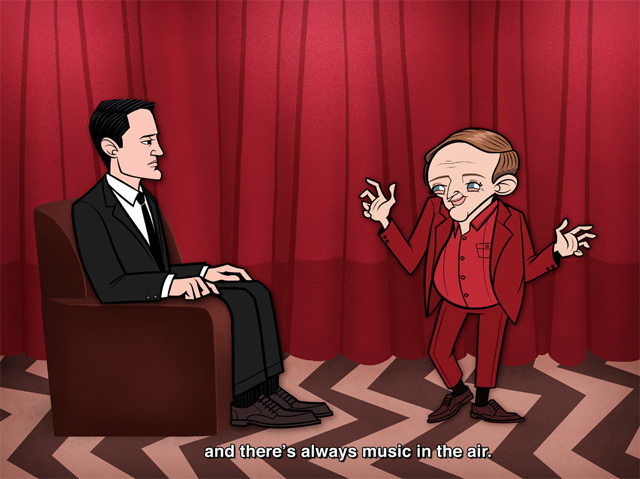 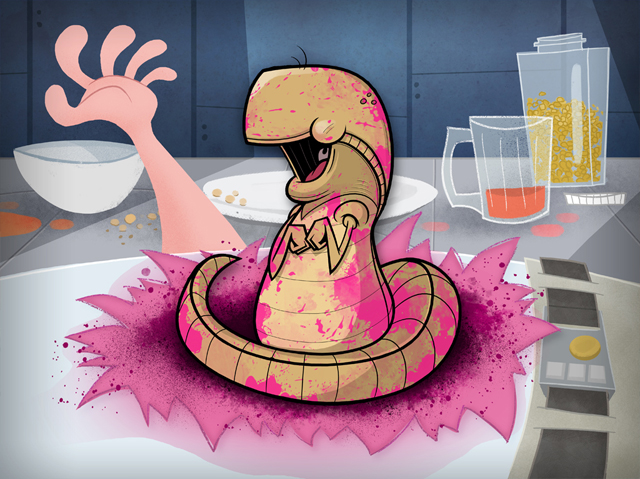 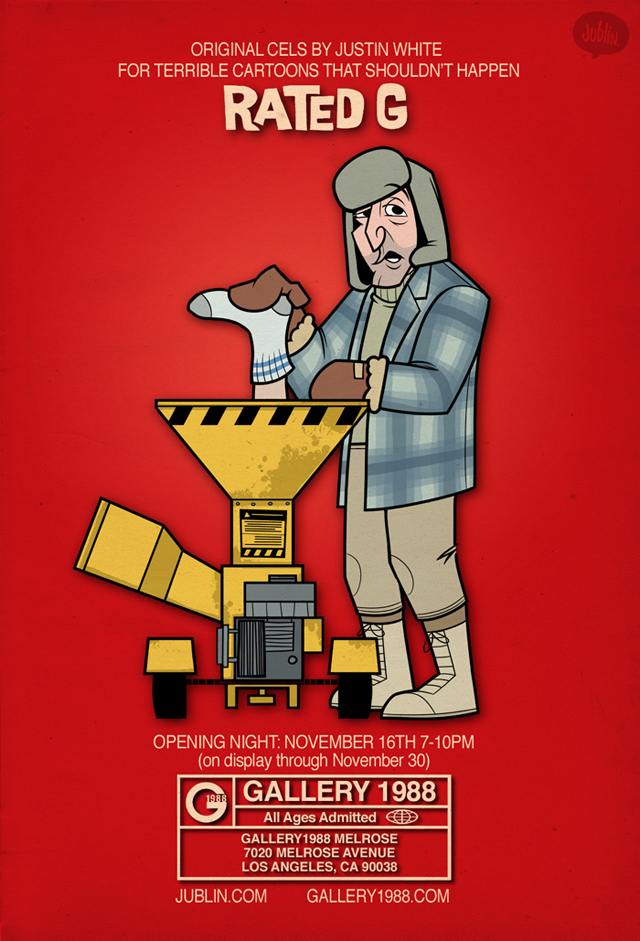