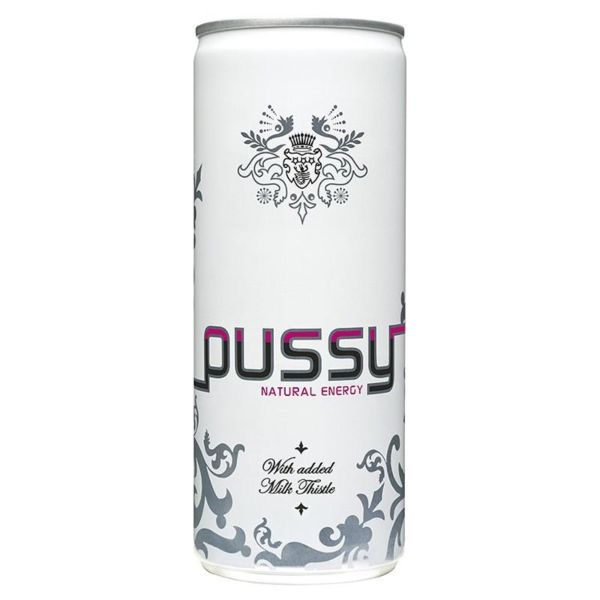 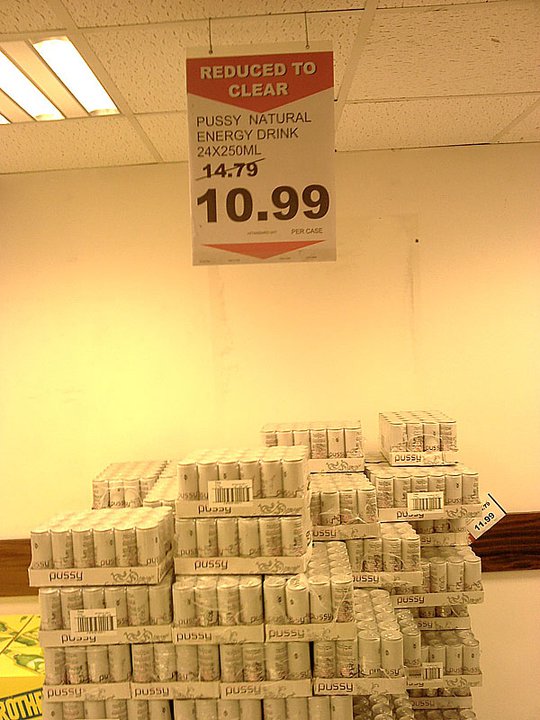 My British podcasting guru, Dave Thackeray, found this British natural energy drink, Pussy, at the Makro cash and carry store in Liverpool, England and of course I had to know more. Available only in the United Kingdom, Pussy is a “100% natural drink” with the name that “shocks and demands attention”. Pussy is infused with a Mediterranean milk thistle that is meant to increase liver function and is “famously used as a hangover remedy for ‘the-morning-after-the-night-before'”.

Pussy is spontaneous, entertaining, optimistic and fun. It’s a starting point. A moment when something happens and when things begin – Pussy starts conversations. It believes in having a good time as often as possible.

photos by Dave Thackeray and Pussy