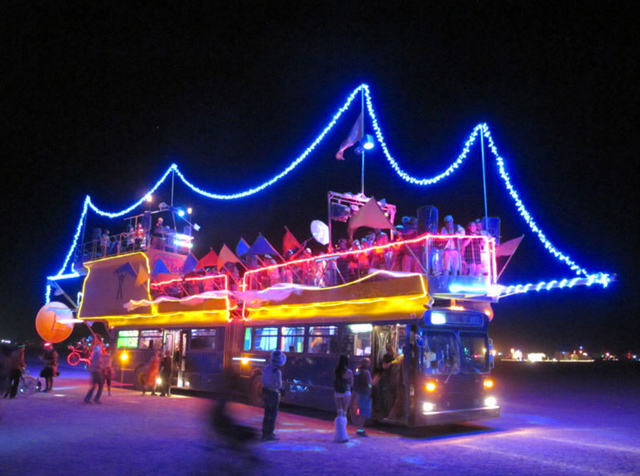 Touted as the “largest art car on the planet,” the Burning Man mutant vehicle known as the Purple Palace is currently for sale on ebay. This three-level behemoth (which has a body of a diesel articulating city bus) has been part of Burning Man for eight years and is currently stored at the Art Car Support ranch near Gerlach, Nevada.

The Vehicle has been maintained perfectly in everyway since it was new. It has never been broke down for any period of time. The 6v92 Detroit Diesel runs flawlessly. The Allison computer controlled transmission shifts hard and has never had a problem. All of the Goodyear airbags that help suspend the vehicle were replaced just one year ago replacing the 25 year old bags. The tires are all good and have been replaced as needed over the past few years. The brakes are all like new and functioning flawlessly. Both Doors open on command as new. A few of the windows have cracks but no holes. Most of the paint is less than two years old with good clear coat. Some of the lower purple is chipping in a couple spots. This vehicle IS NOT being sold due to any mechanical defect of problem. It is built better than any bus I’ve ever seen. Commercial grade is a understatement. Its tough. 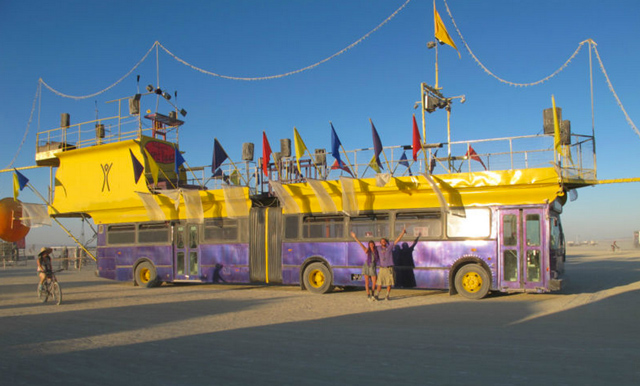