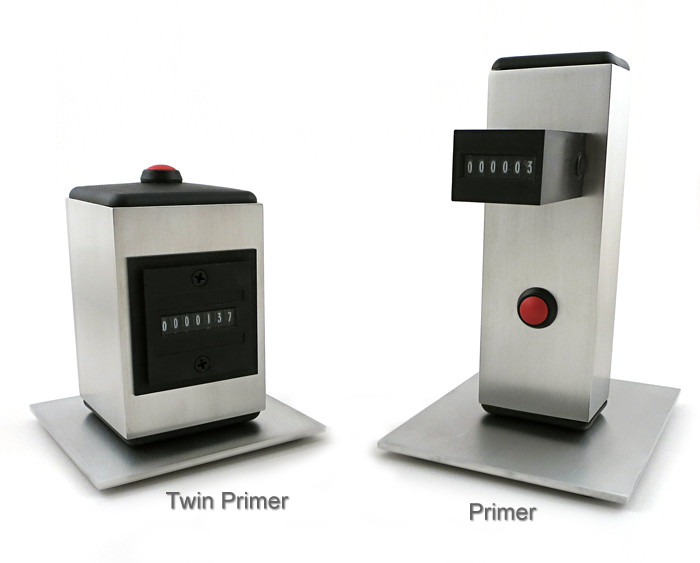 The Primer and Twin Primer are physical ticker machines that display the next prime number with each button press. They were created by artist Karl Lautman who said,

Lautman sent his Primer sculpture to Numberphile host Dr. James Grime who gleefully demonstrates the machine as it flips through prime numbers.