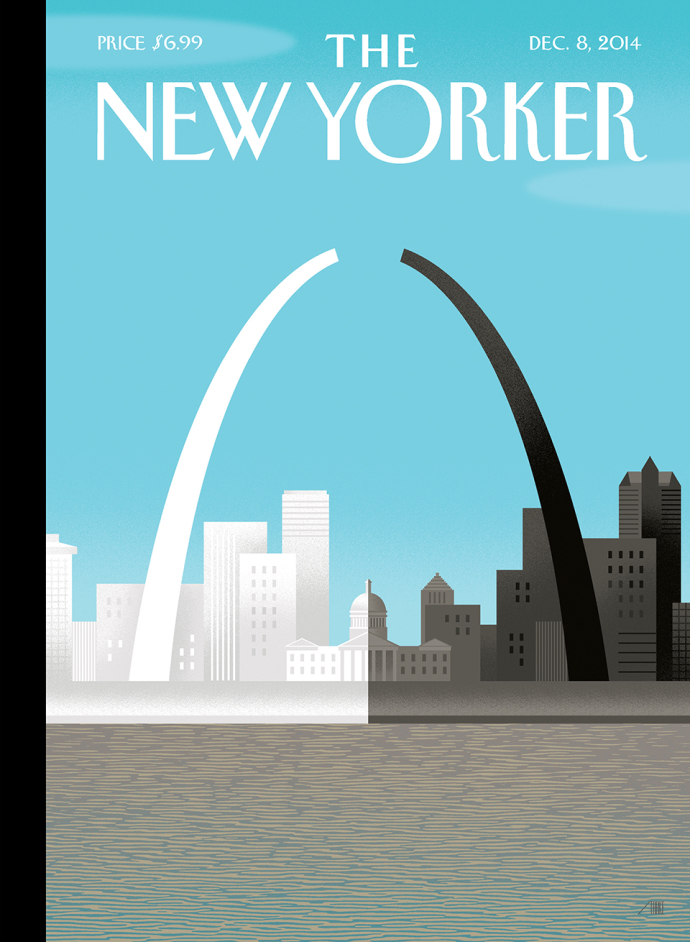 The December 8, 2014 issue of The New Yorker features a powerful “Broken Arch” cover illustration by Bob Staake in response to the unrest in Ferguson, Missouri.

“I wanted to comment on the tragic rift that we’re witnessing,” Bob Staake says about his cover for the December 8 issue, arriving next week. “I lived in St. Louis for seventeen years before moving to Massachusetts, so watching the news right now breaks my heart. At first glance, one might see a representation of the Gateway Arch as split and divided, but my hope is that the events in Ferguson will provide a bridge and an opportunity for the city, and also for the country, to learn and come together.”

Back in 2008 Staake created the iconic “Reflection” cover illustration of The New Yorker after President Obama was elected to office.