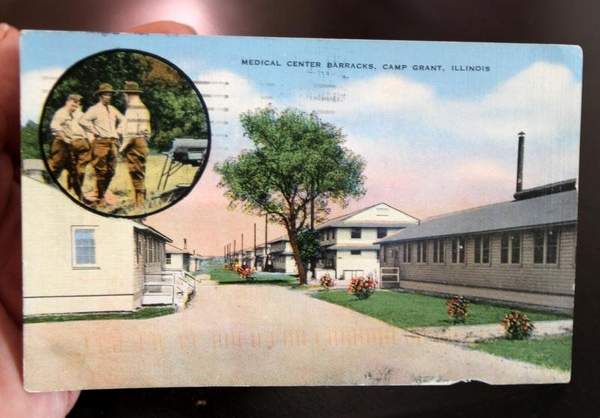 According to Star Gazette, a postcard originally sent on July 4, 1943 was just recently delivered to the home of Adam and Laura Rundell in Elmira, New York. The postcard was intended for Pauline and Theresa Leisenring, two sisters who used to live in what is now the home of the Rundell family. The card was sent by their parents who, at that time, were visiting their son at Camp Grant’s Medical Center Barracks. The sisters passed away some time ago. The full story is at Star Gazette.

“Dear Pauline and Theresa, We arrived safe, had a good trip, but we were good and tired. Geo. looks good, we all went out to dinner today (Sunday). Now we are in the park. Geo has to go back to Grant at 12 o’clock tonight. Do not see much of him. We are going to make pancakes for Geo for supper tonight. See you soon. Love Mother, Dad.”