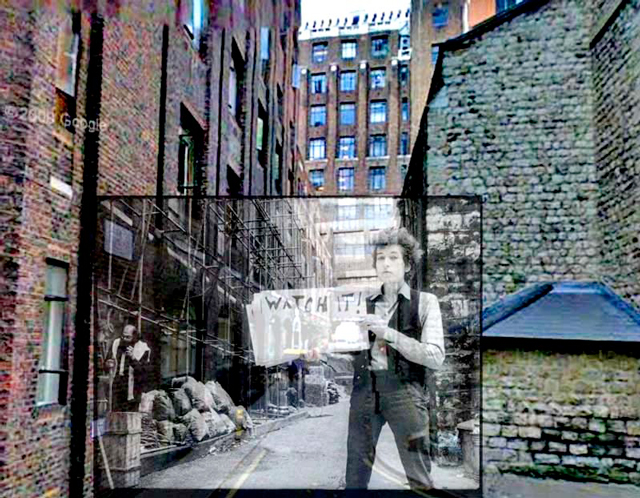 And here, superimposing the still over the street today (as depicted on Google Street View). Not much has changed.

PopSpots is a wonderful personal project headed by New York-based real estate agent Bob Egan (aka the “Rock and Roll Detective”) who tracks down the exact location (mostly New York City) where interesting events in popular culture took place. For example, he has figured out where some of the most familiar album covers and videos in history were shot, like Bob Dylan’s Subterranean Homesick Blues film short from 1965. Once he finds the location, he researches it and shares the story behind it. In the case of Dylan’s film, it’s the alley behind the Savoy Hotel in London. 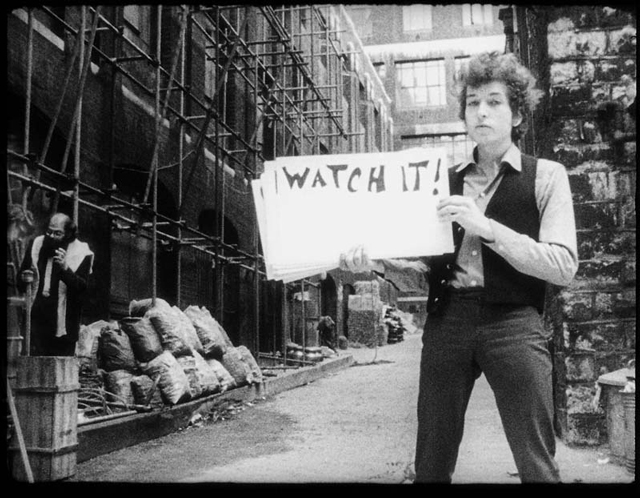