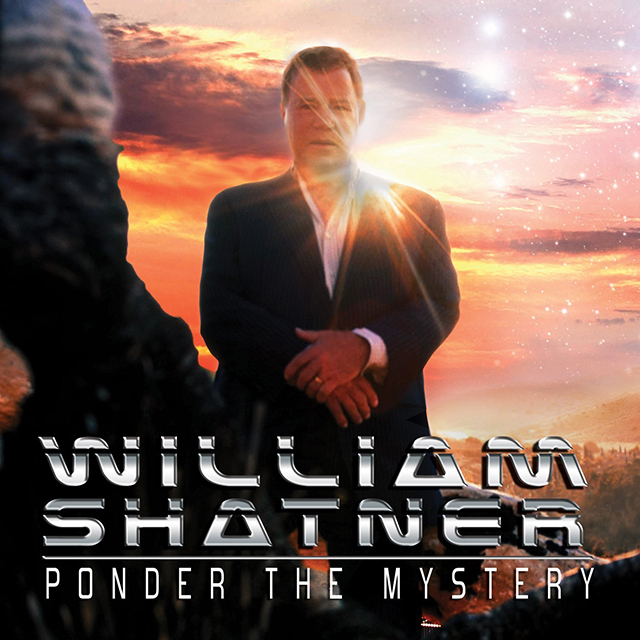 “Quite possibly the most creative thing I have ever done.” – William Shatner

William Shatner embraces the world of progressive rock in his upcoming concept album titled Ponder The Mystery. It will feature his personal “observations on the nature of passing time, the agony and hidden joy of aging, the depths of depression and the glorious heights found in the beauty and wonderment of life.” Ponder the Mystery will be released on October 8, 2013 and is available to pre-order on Amazon. Previously, we wrote about Shatner’s 2011 space-themed cover album Seeking Major Tom.

So do you want to see the cover of my upcoming CD? pic.twitter.com/GYoXc7xBKh