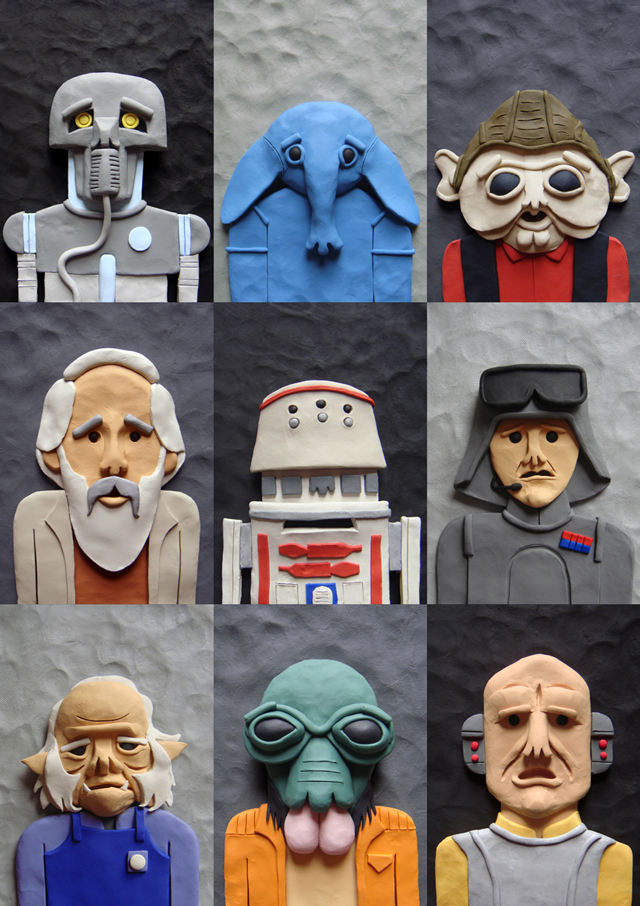 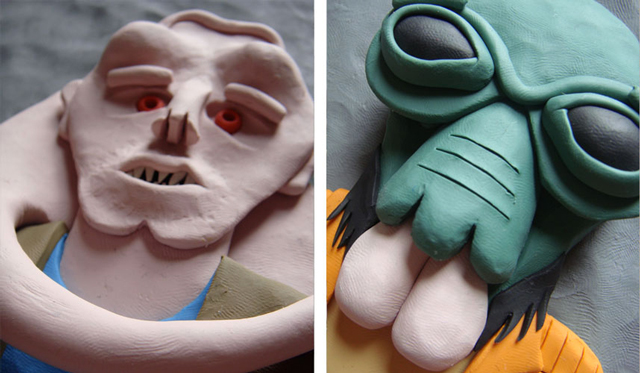 “Illustrator, animator, stuntman, children’s entertainer, astronaut, compulsive liar, and now officially stand-up comedian” Elliott Quince has published a book and its corresponding website called, Plasticine Tatooine, which is a showcase of hand-sculpted second tier Star Wars characters made from modeling clay. You won’t find Jabba the Hutt or R2D2 here, but you will get to know some of the lesser characters like Bib Fortuna and Ugnaught.

Plasticine Tatooine is a 100% unofficial and completely made up collection of intergalactic nonsense featuring some of the more rubbish Star Wars characters sculpted lovingly from plasticine.