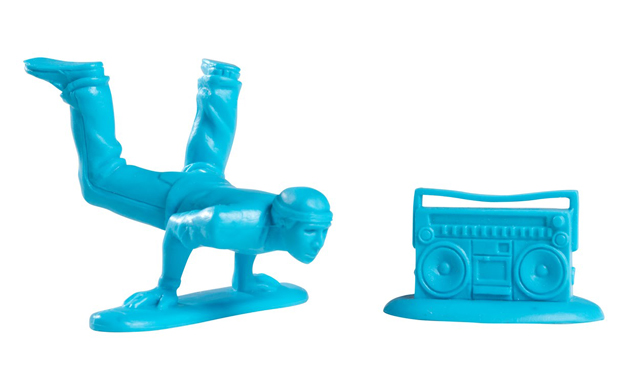 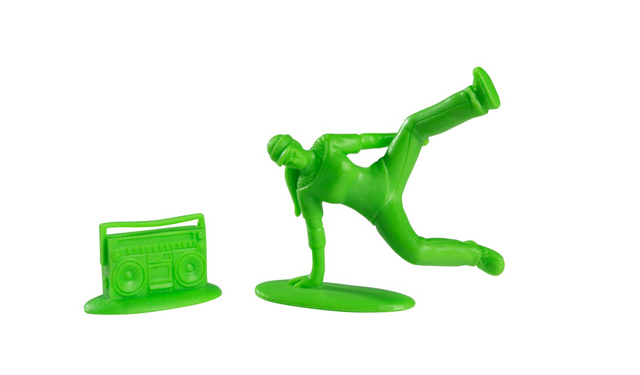 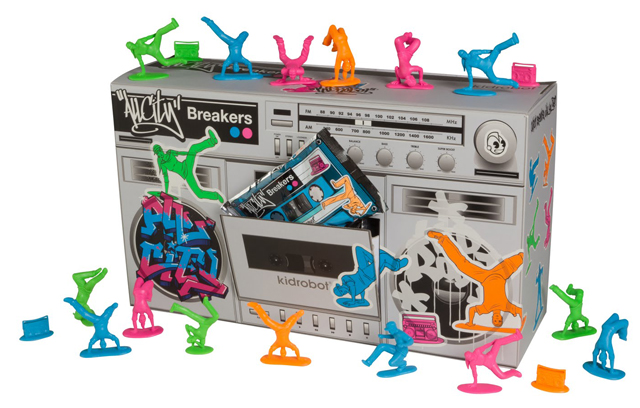 All City Breakers is the first mini series of plastic breakdancer figures inspired by little green Army men. The series captures various poses of breakdancing moves, from Power to Flex, in four neon colors. Each two-inch figure comes with its own mini plastic boombox to “deliver the beat”. The All City Breakers mini series will be available at Kidrobot on September 15, 2011.