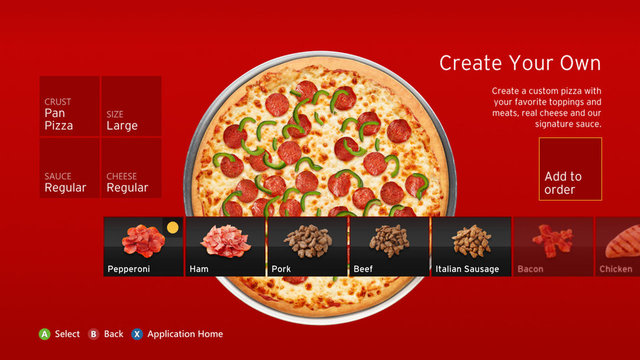 Today, Pizza Hut is launching an app for Xbox Live that will allow users to customize and order pizzas straight from their Xbox 360 console, Polygon reports. Users will be able to build and place their orders using Kinect motion controls, voice commands, or the Xbox 360 controller. The Pizza Hut for Xbox app will be available starting today, April 23rd, from Xbox Live, and those who download it and order a pizza using the app before May 6th will receive a 15 percent discount on their first purchase.