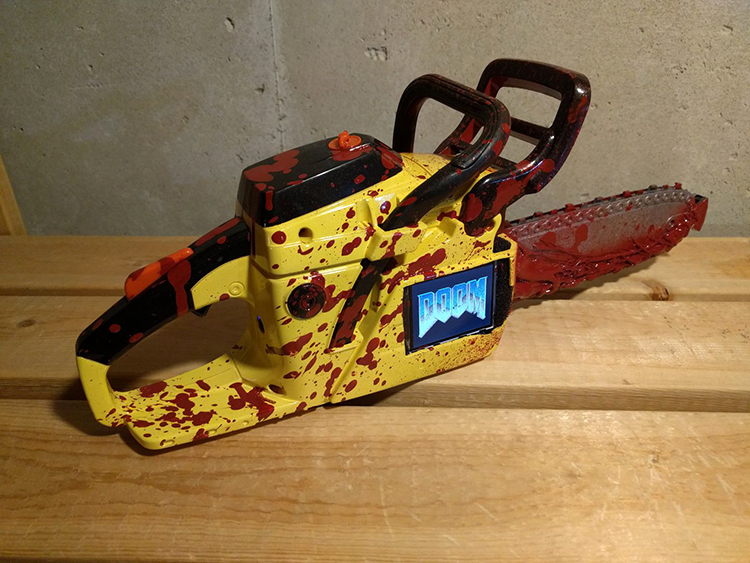 Toronto front-end web developer George Merlocco (a.k.a. “scar45“) has created the Pi Zero Painsaw, a gruesome looking modified ECHO Junior Toy Chainsaw that is packed with a Raspberry Pi Zero, an Adafruit 2.2″ LCD screen, and plenty of USB cables and ports. One of the best features of George’s awesome creation is that you can actually play the classic Doom series of first-person shooter video games on it.

The system powers up via a 4400mAh Li-Ion battery upon the flick of the main rocker switch. This effectively enables the Adafruit PowerBoost 1000 Charger which feeds that power to the Raspberry Pi Zero. Connected to the Pi Zero’s 40-pin GPIO header, is the Adafruit PiTFT 2.2” HAT which is the cutest 320×240 2.2” TFT LCD perfect for a scaled-down, bloody chainsaw. (read more) 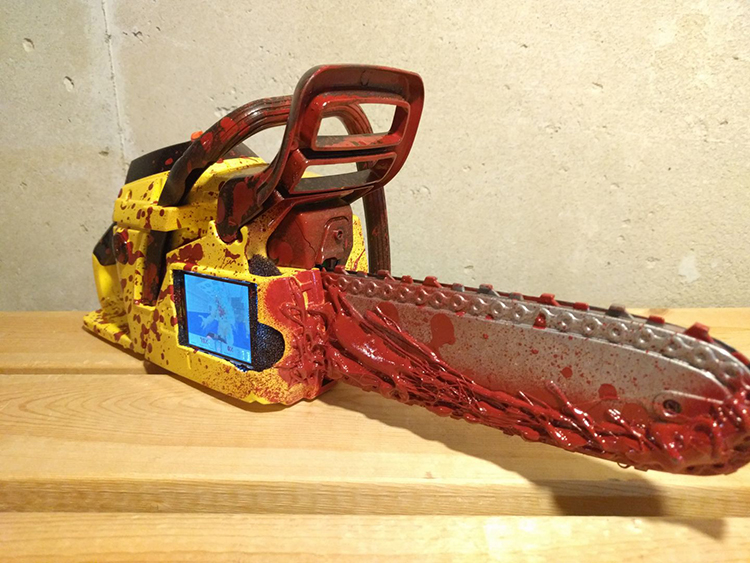 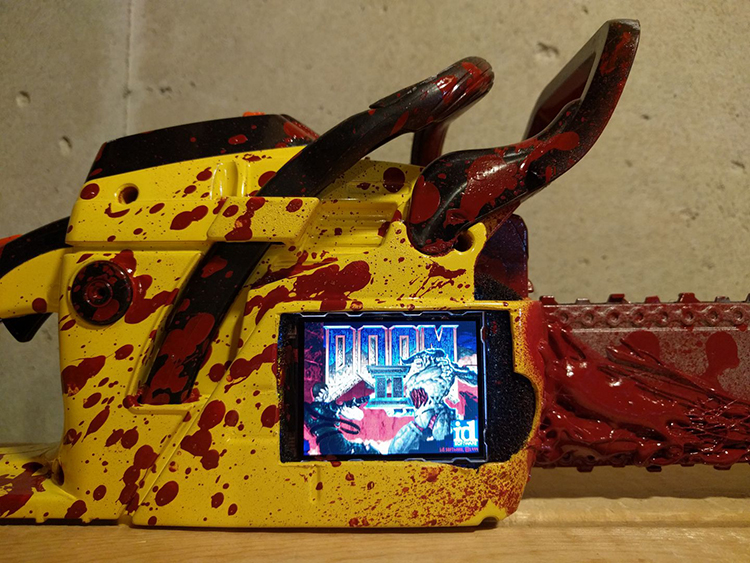 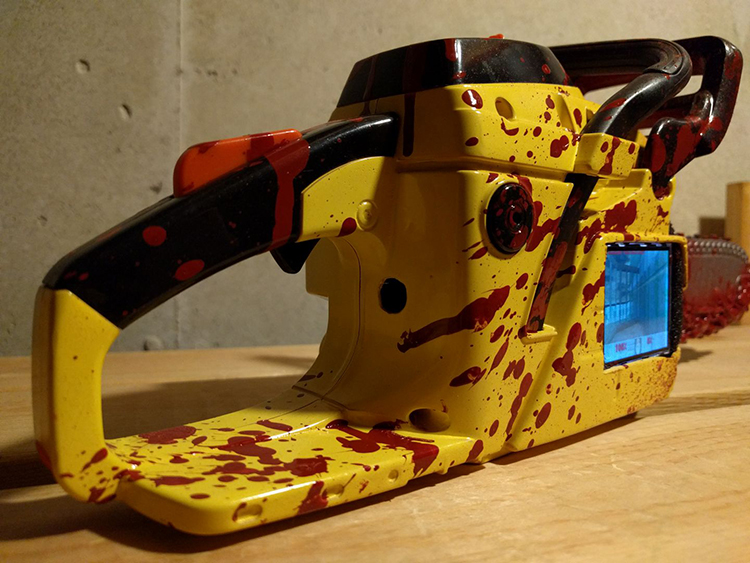 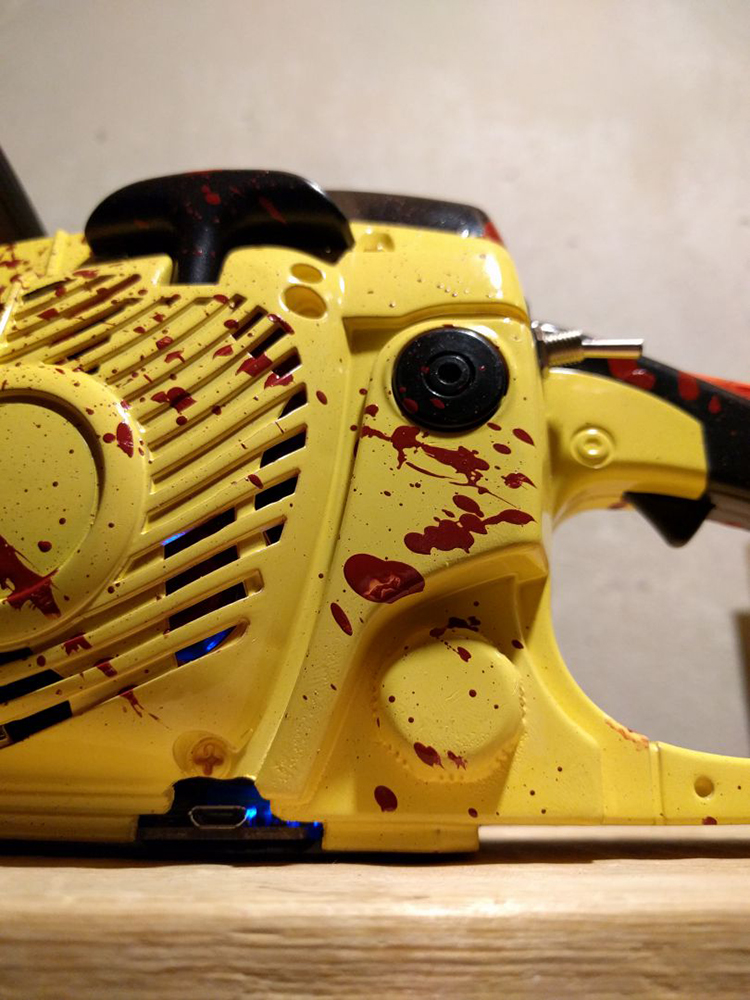 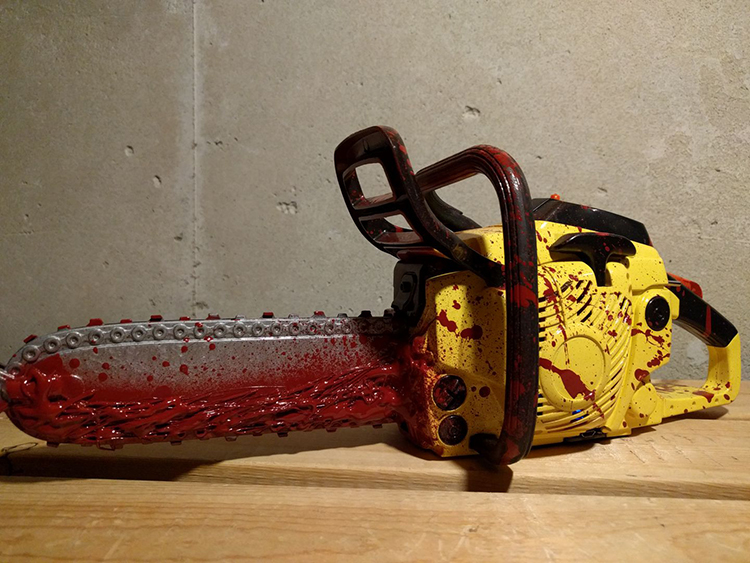