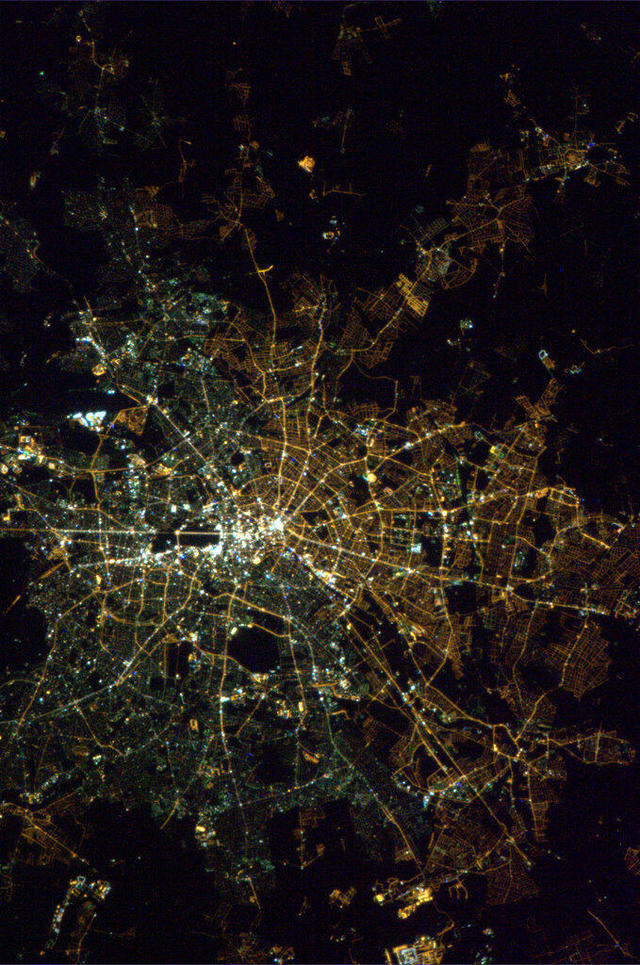 Canadian Astronaut Chris Hadfield tweeted this amazing photo of Berlin, Germany as seen from the International Space Station with the caption “Amazingly, I think the light bulbs still show the East/West division from orbit.” The more dense, commercial district on the west is lit up by bright white lights, while the eastern half of the city emits a softer, yellow glow.