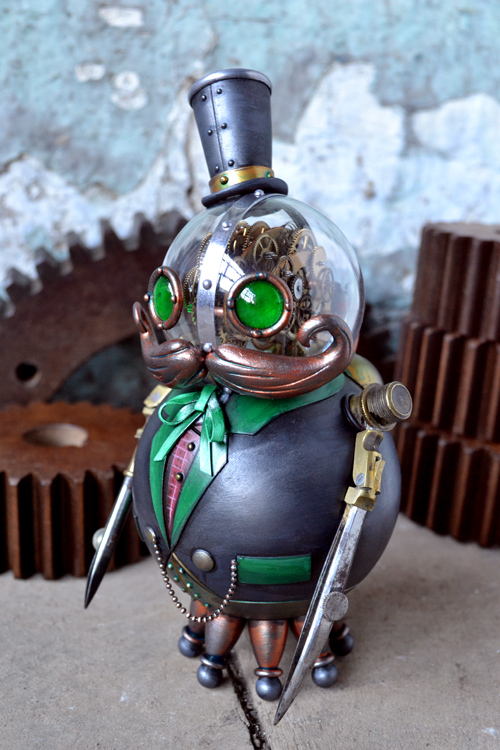 UK artist and custom toy designer Bruce Whistlecraft (aka “Doktor A“) created Phineaus Grock, a robotic steampunk creation, for his A Postcard from New Yorkshire solo art show. It is currently on display until Sunday, November 11, 2012 at the Myplasticheart art gallery in New York.

One of the cleverest denizens of Retropolis. He and Mr. Head run the royal academy of science among other things. They work closely together to forward the knowledge and learning of all Mechtorians. Winding and stocking each other in a show of unity between the two different life forces within the realm. This display is looked upon disapprovingly by the religious leaders who take it as a direct snub by the scientific and philosophical members of society against their doctrines of segregation. 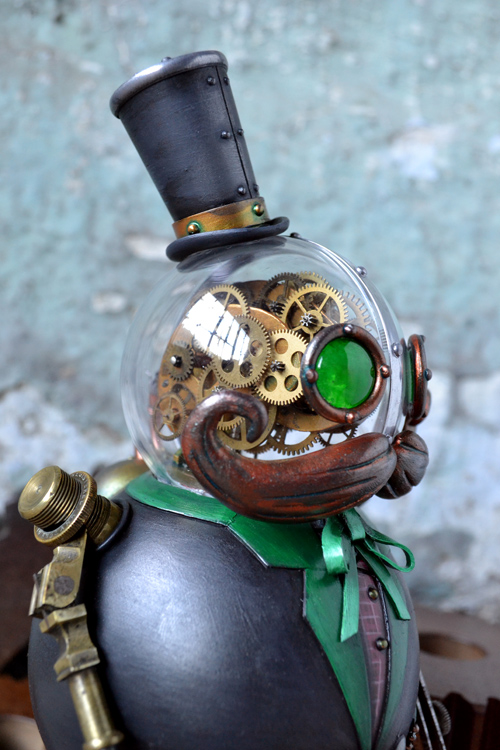 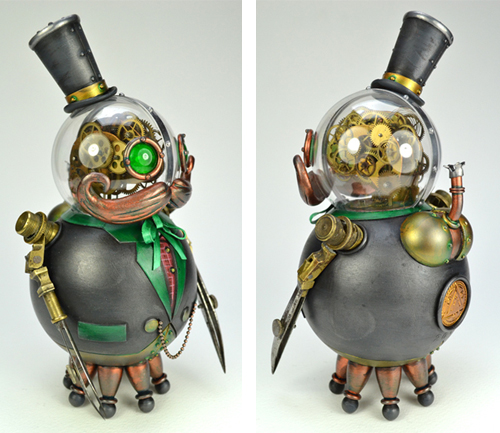 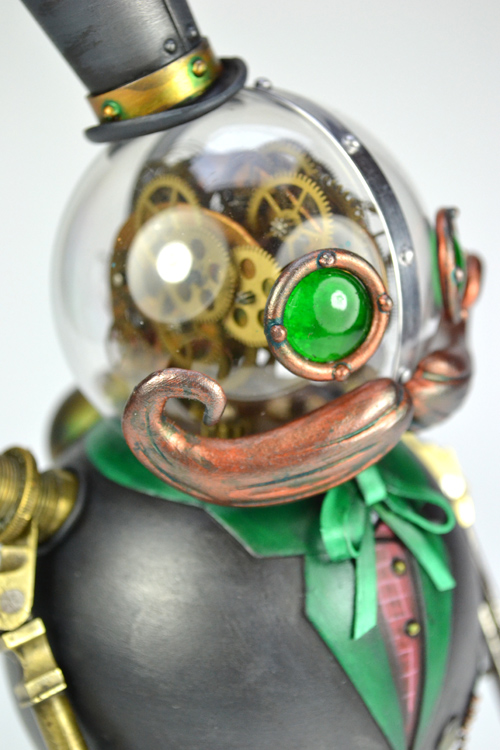 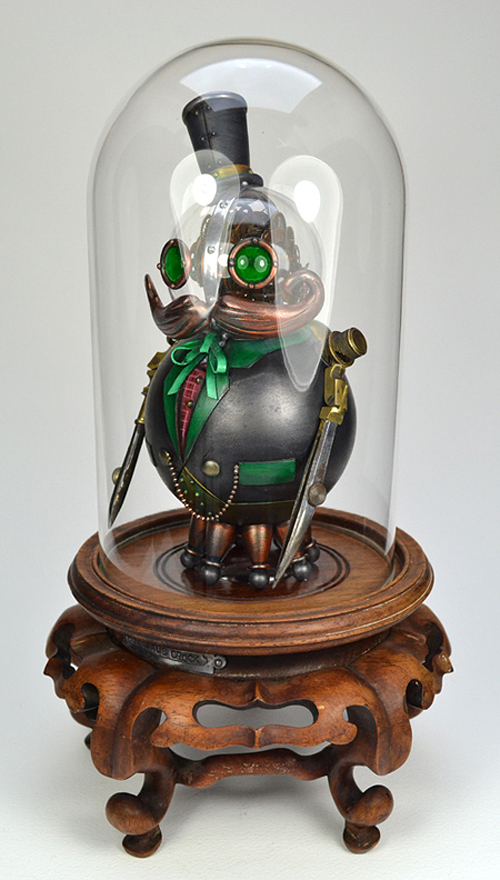