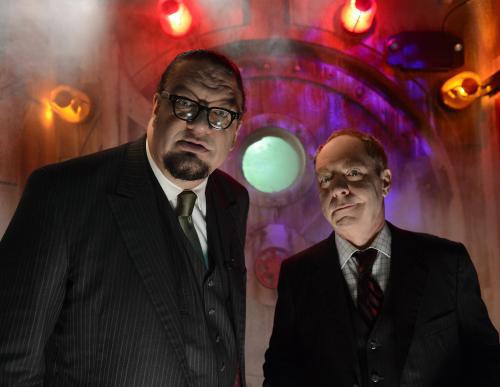 Magicians Penn & Teller are bringing their “eccentric and edgy illusionist entertainment” to New(kd) Las Vegas, an elaborate themed 3D haunted house for Universal’s Halloween Horror Nights 22, described as a “dark, dilapidated and radioactive version of ‘Sin City’…” Check out the promo video with Penn & Teller which shows a little of what is in store (a radioactive emergency in Las Vegas!). Universal’s Halloween Horror Nights opens September 21, 2012 at Universal Orlando Resort in Orlando, Florida.

World-renowned magicians Penn & Teller have accidentally nuked Las Vegas, but don’t worry, it’s nothing a fresh coat of paint and a truckload of BS can’t fix! Come on down to New Vegas, where all that glitters isn’t gold, and in fact probably has fatal levels of radioactivity.