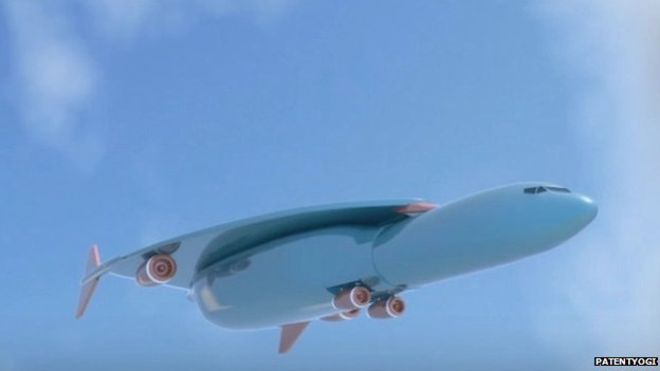 The details of a newly awarded patent by Airbus presents a supersonic airplane that could travel at speeds up to Mach 4.5, meaning a trip from New York to London would take only one hour. The jet uses multiple types of propulsion including a rocket engine that would have the plane take off vertically like a space shuttle.

Airbus filed the patent in 2011, but it was only recently granted. The company did say in 2011 that the design would take 30 to 40 years to go into service if they pursue the design at all. There are currently no active plans to build the airplane, but Airbus is currently working on two other supersonic plane projects.

A recent video by patent blog PatentYogi explains the design, and how it would compare to the original supersonic commercial aircraft, the Concorde. 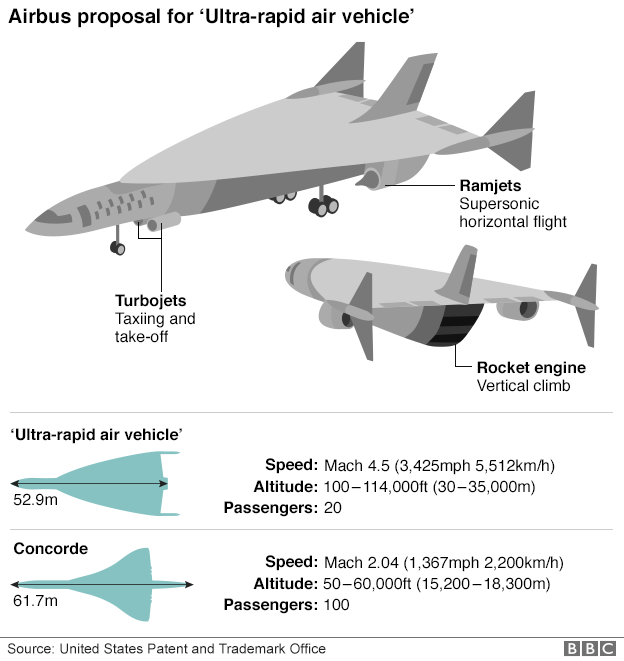