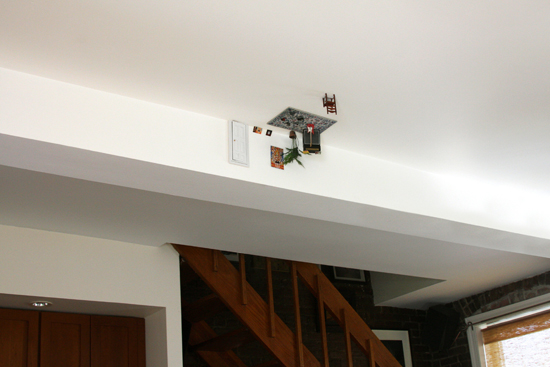 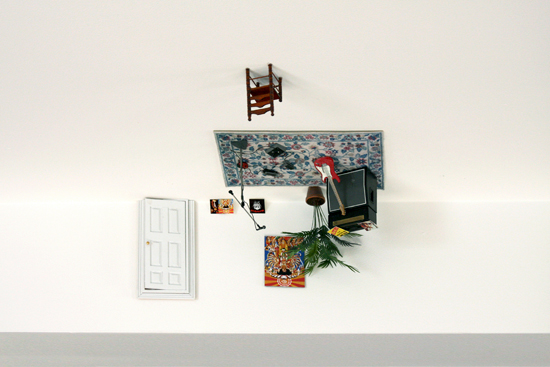 Artist Ji Lee has been installing tiny rooms on the ceilings of regular-sized rooms for a series he calls “Parallel Worlds.” He previously placed tiny street scenes on the big streets of London. In addition to being a prolific artist, Li is the Creative Director of Google’s marketing team, The Creative Labs.

People fill the floor of their homes with furniture and walls with paintings and pictures. So why are the ceilings left empty? Decorating ceilings was a celebrated art form in the past centuries that somehow got lost through the reductionism of modernism. People don’t look at the ceiling anymore. It’s a dead space. So I wanted to bring a small wink to this space. I also liked the idea that somehow there’s a parallel world which coexists with ours.