On Friday night at SXSW Interactive 2008, many people were asking me what was going on that night. Aside from the official party, there wasn’t much else happening. I ran into my good friend Mike Hudack, co-founder of Blip.tv, in the hallway of the convention center. On the spot we both decided to organize another spontaneous party based on the sucess last year’s Twittermob & Spontaneous Microsponsorships event held at Ginger Man on the last night of SXSW Interactive 2007. We both posted to Twitter that we were meeting up at Ginger Man around 10pm. It turned out that Ginger Man was too crowded so at the last minute we moved the party to Six Lounge and started to run a tab. The system worked well once again, with many people show up and filling up the bar.

Then on Saturday a few of us were standing in the huge line to get into the Google party, so we decided to host our own “AltaVista” party over at Ginger Man, spreading the word through Twitter. We even had a keynote speech, where Johannes Grenzfurthner of monochrom gave a talk about Babel Fish called “Lust in Translation”. Robert Scoble has the full story.

UPDATE: Our Alta Vista party was mentioned by Seth Godin in his book “Tribes”. 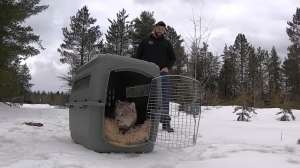