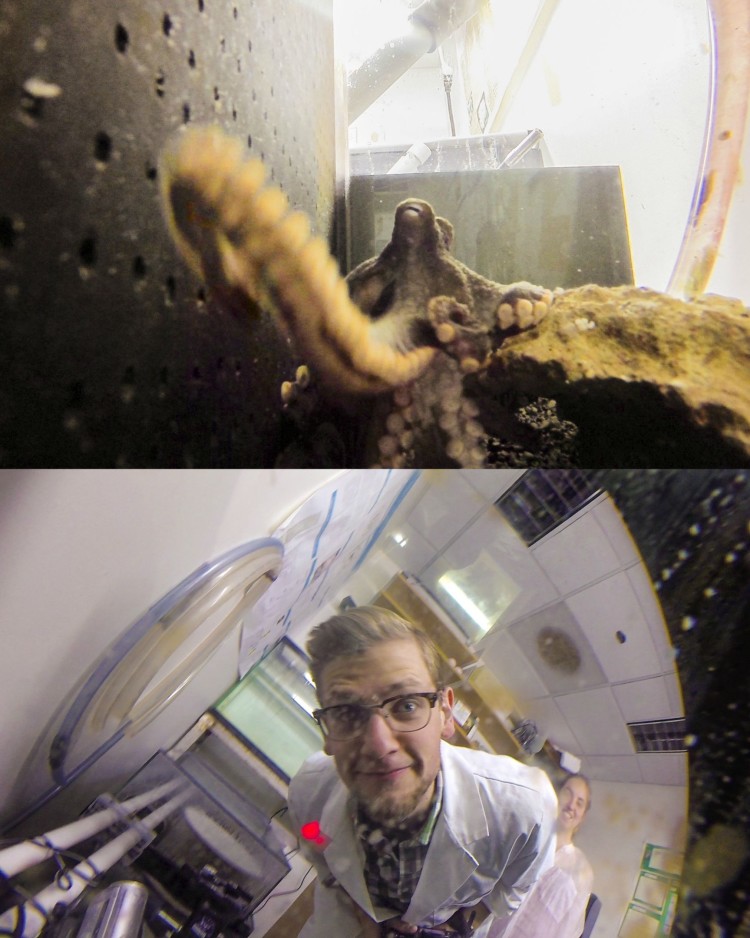 Filmmaker Benjamin Savard is currently making a film about the sciences at Middlebury College, but when he tried to take some photos of an octopus, the animal grabbed his camera and took some photos of its own, including shots of Savard. The camera was set to automatically take several photos per second, so Savard combined the images into a GIF that documents the camera theft.