Amanda Whittaker joins us to tell us why she has fallen head over heels in love with the Statue of Liberty.

The Statue of Liberty is visited by millions of people around the world. But while most appreciate what it stands for, or are in awe of its design, few would profess their undying love for it.

That is unless you are Amanda Whittaker who says she has fallen for the famous New York monument.

She joins us to talk about her relationship with Libby and living with Objectum Sexuality – a condition where people fall in love with inanimate objects.

Objectum sexualist Amanda Whittaker first fell in love with her drum kit, but after ten years she has now has a one-sided long-distance love affair with the Statue of Liberty, as told to ITV’s television show This Morning. We previously posted about the documentary film Married to the Eiffel Tower which follows the story of three different objectum sexualists. 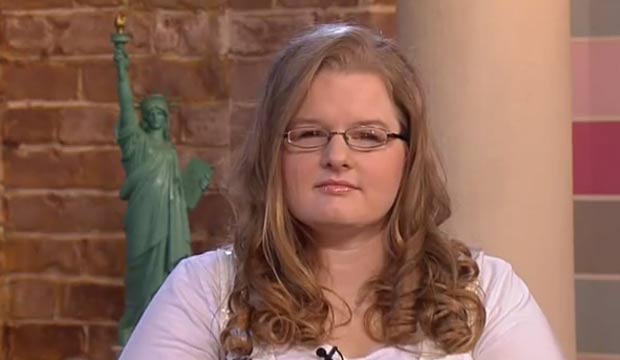 via Jezebel and Nothing To Do With Arbroath