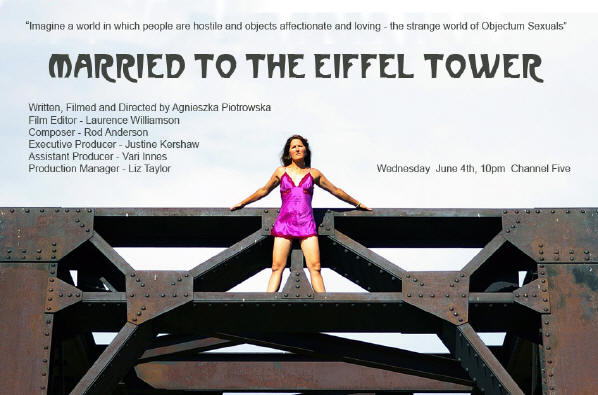 Married to the Eiffel Tower is a fascinating 2008 documentary written and directed by Polish-born director Agnieszka Piotrowska. It explores the lives of three individuals with the disorder called Objectùm Sexuality where they are sexually attracted and emotionally attached to inanimate objects.

An observation documentary about women who fall in love with large objects rather than people. They maintain to have intimate relationships with them, including comunicating with them through telepathy. The film suggests gently that this might be a psychological defence as the protagonists have suffered at the hands of people.