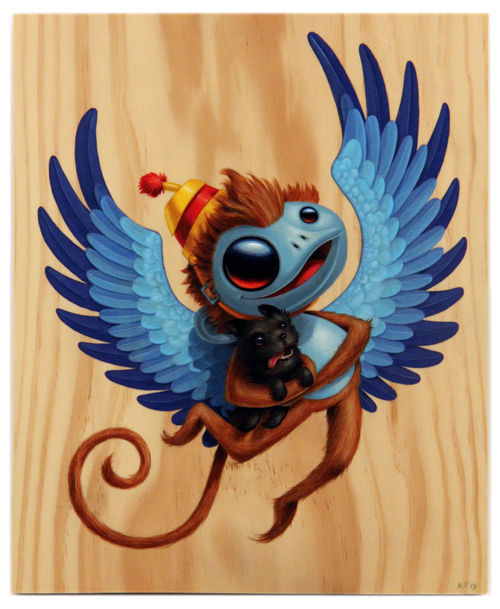 The Not in Kansas Anymore: A Tribute to the Wizard of Oz art show is on display at Gallery Nucleus in Alhambra, California and will run until Sunday, April 7, 2013. Artwork from the show is available to view and purchase online.

Since its publication in 1900, L. Frank Baum’s ‘The Wonderful Wizard of Oz’ has become one of the most well-known and loved stories in American popular culture. The book has since been followed by 13 sequels, reprinted several times, adapted to numerous stage plays, musicals and films, including the iconic 1939 MGM adaptation. Timed with the release of Disney’s much anticipated prequel, ‘Oz: The Great and Powerful,’ we have invited an exciting group of talent to celebrate the many adventures, adaptations and century-old legacy of Dorothy and her friends in Oz. 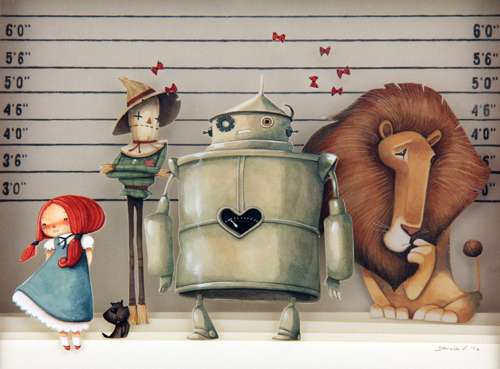 Who Killed The Wicked Witch by Daniela Volpari 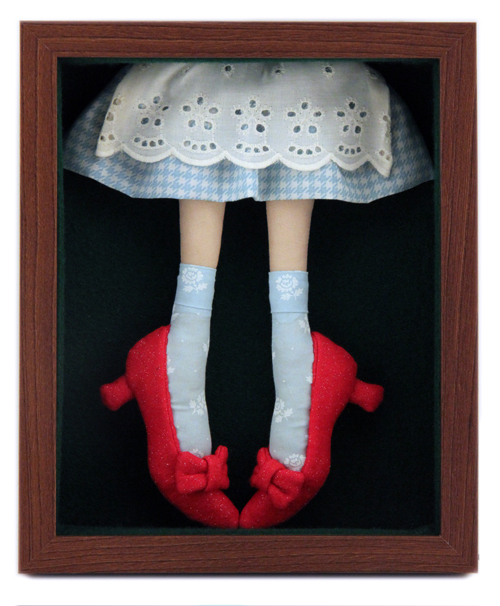 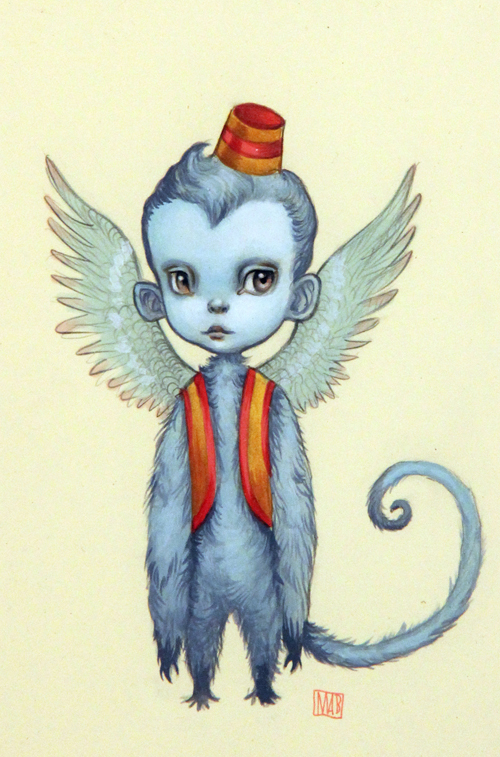 The Flying Monkey by Mab Graves 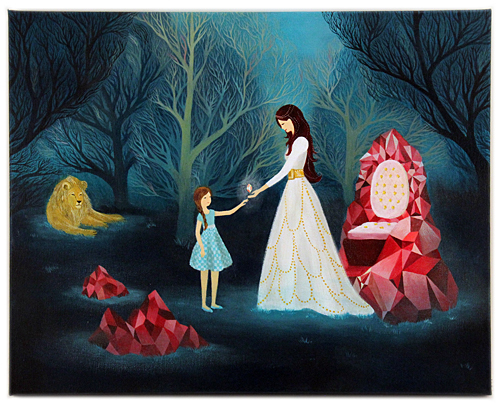 A Gift For The Journey by Linda Kim 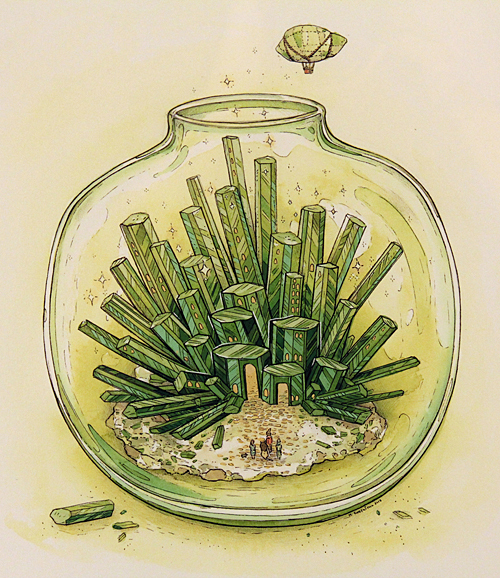 The Emerald City by Nicole Gustafsson 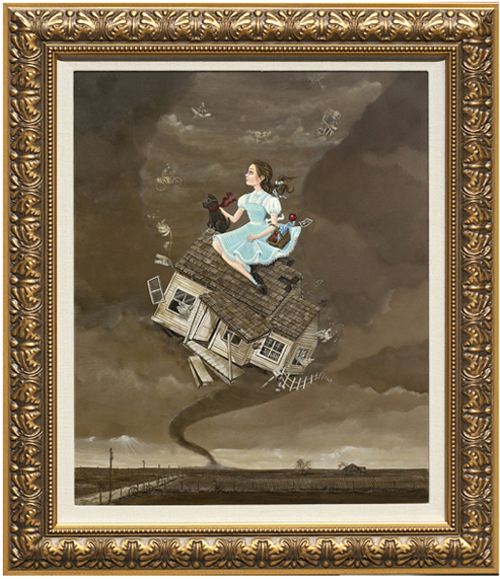