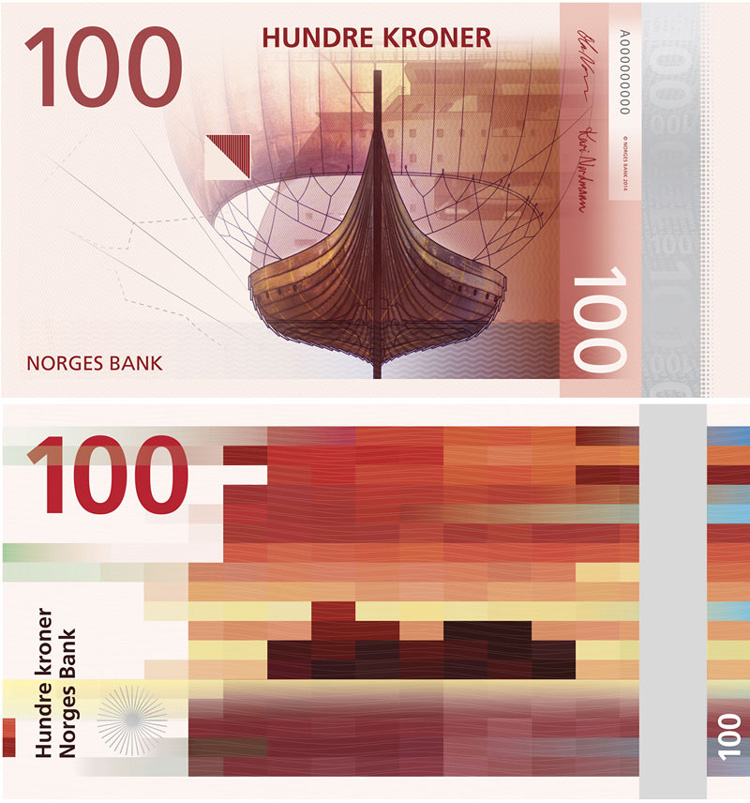 Yesterday Norges Bank, the central bank of Norway, unveiled the new design concept for the country’s next series of banknotes. The concept, based around the theme of “sea,” calls for a combination of two motifs: sea-themed illustrations on the obverse side, and intriguing pixelated graphics on the reverse. The two sides were created by two separate Norwegian firms, design studio The Metric System (illustrations), and architecture studio Snøhetta (pixelated graphics). Interestingly, the designs were selected through a design competition, but as CityLab explains, Norges Bank overruled the judges, who had selected an entry by designer Enzo Finger. 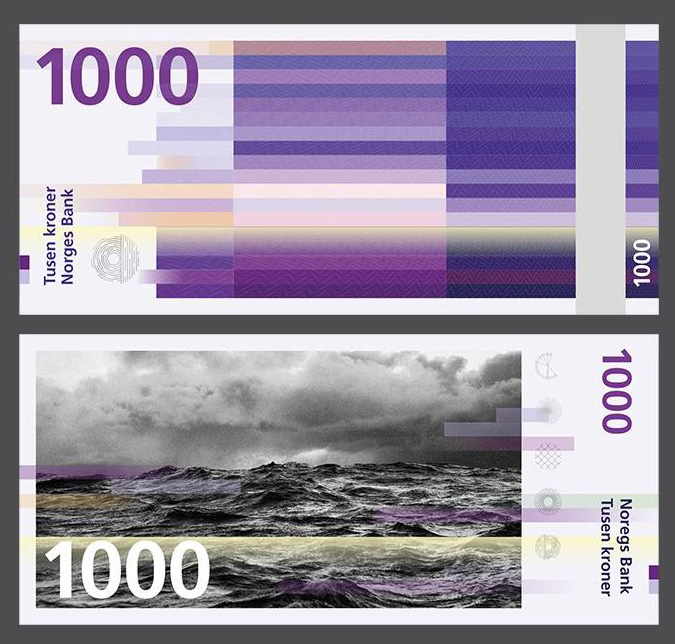 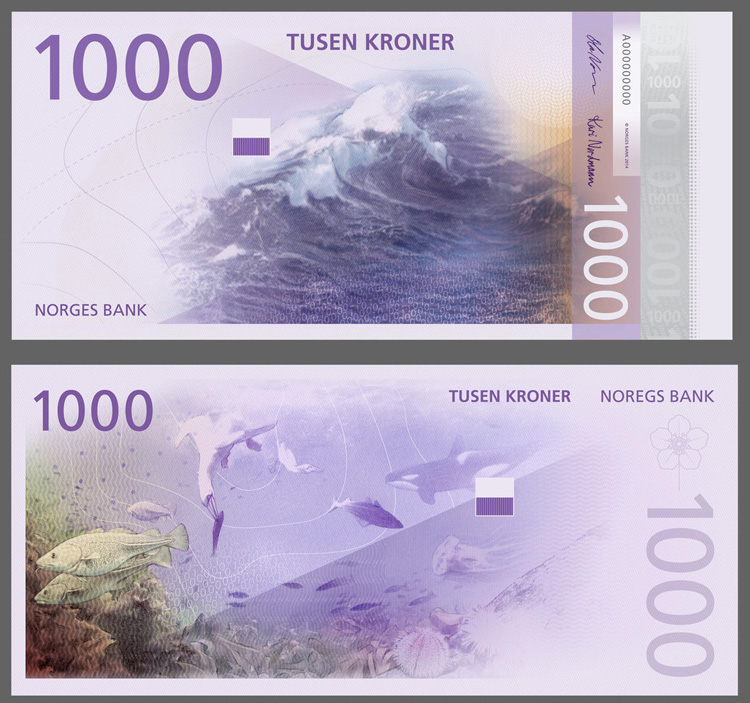