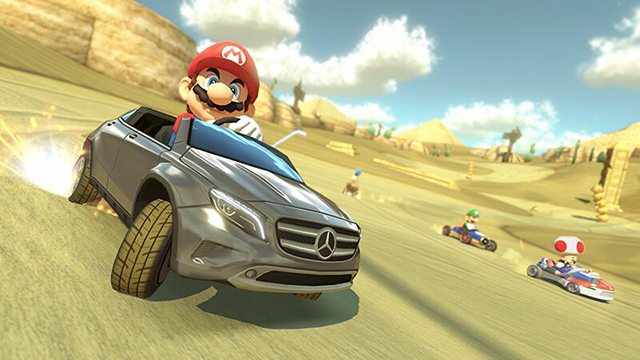 Nintendo has teamed up with Mercedes-Benz to offer the all-new GLA-class SUV as a free downloadable kart for the Japan release of Mario Kart 8. Mercedes-Benz also released an interactive Japanese website and a bizarre commercial that features Mario driving in a GLA-class SUV through the first stage of the classic 8-bit NES Super Mario Bros. video game. The commercial has quite a surprise ending.

image via Nintendo, video via Mercedes-Benz