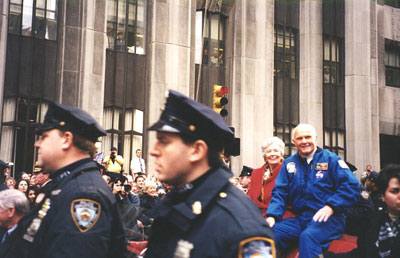 This Friday, April 1st will be the 20th anniversary of the annual New York April Fools’ Day Parade. The parade starts at Fifth Avenue and 59th Street and proceeds down to Washington Square Park. Each year a “King of Fools” is crowned from the throng of celebrity impersonators that march in the parade. Who will take the throne this year? The competition looks pretty good:

The press release for this event that was sent to us by our friend Joey Skaggs, The New York April Fools’ Committee Chair.