Warner Brothers has released a TV ad and two movie posters (poster 2) for the upcoming comedy film The Hangover Part III. The 30 second ad shows Bradley Cooper, Zach Galifianakis, and Ed Helms causing even more mischief while the two new movie posters display an intimidating John Goodman and Ken Jeong parachuting into Vegas. The Hangover Part III is set to be released in theaters on Friday, May 24, 2013. 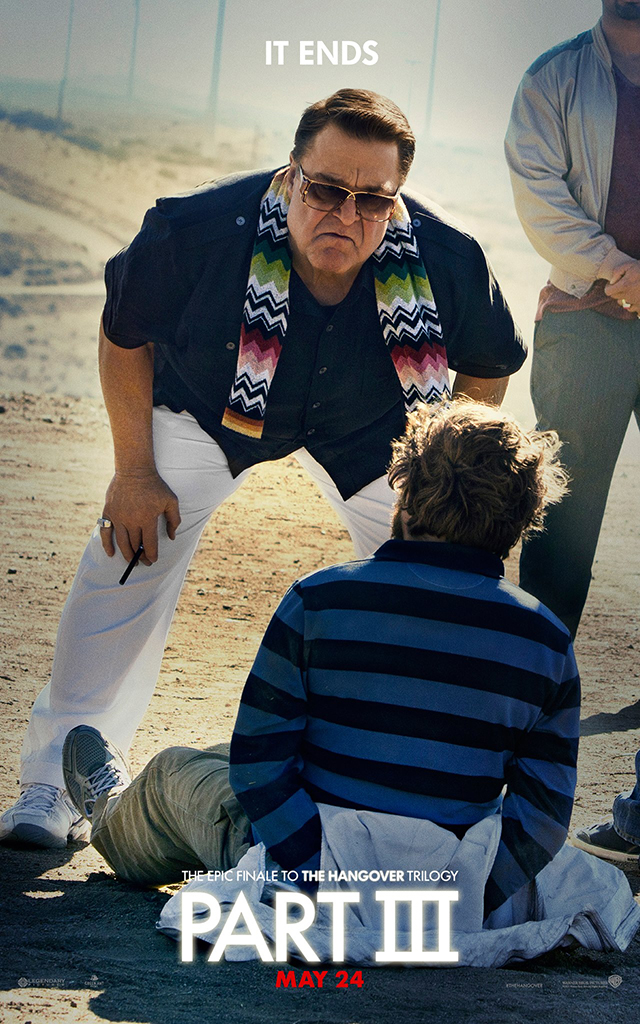 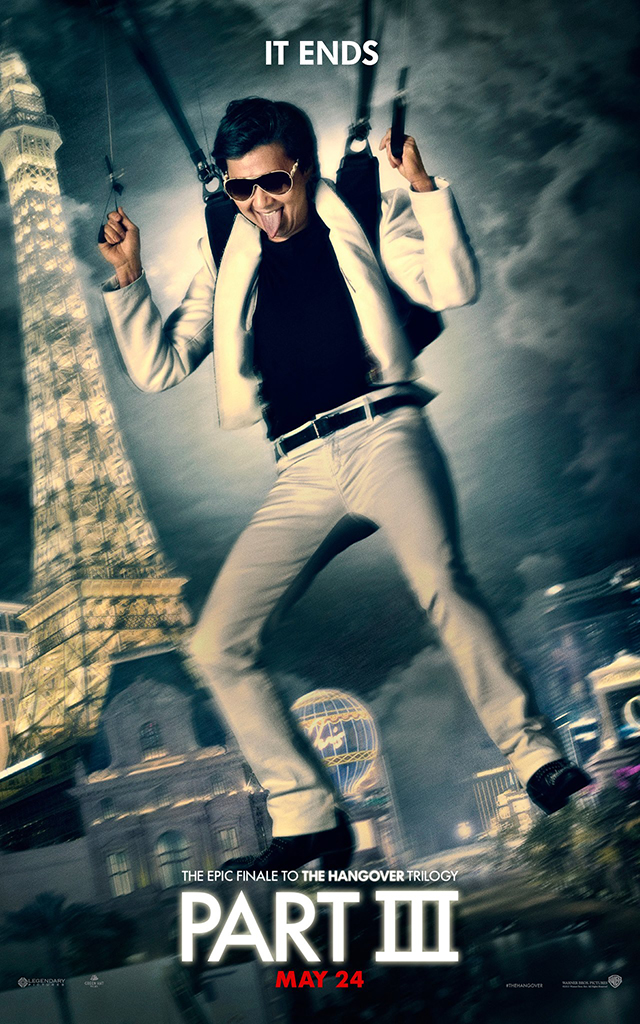