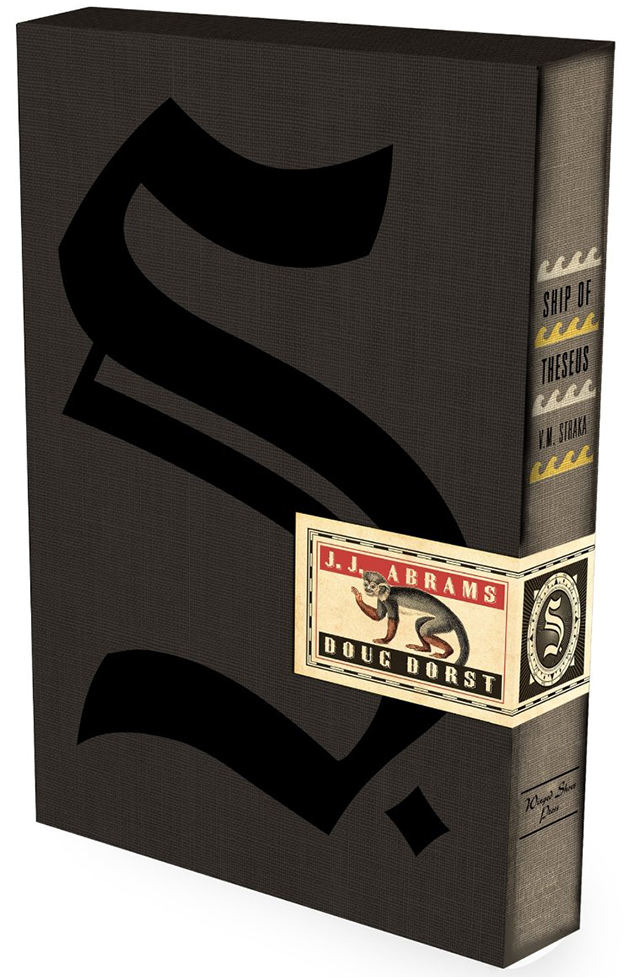 Last month, director J.J. Abrams and his Bad Robot production company released a mysterious teaser trailer for an unknown “Stranger” project. A new trailer has recently been put out by Bad Robot revealing that the project is an upcoming novel conceived by Abrams and written by author Doug Dorst, titled S.. The novel will release on October 29, 2013 and is available to pre-order online from Amazon, Barnes & Noble and iTunes.

One book. Two readers. A world of mystery, menace, and desire.

A young woman picks up a book left behind by a stranger. Inside it are his margin notes, which reveal a reader entranced by the story and by its mysterious author. She responds with notes of her own, leaving the book for the stranger, and so begins an unlikely conversation that plunges them both into the unknown.

The book: Ship of Theseus, the final novel by a prolific but enigmatic writer named V.M. Straka, in which a man with no past is shanghaied onto a strange ship with a monstrous crew and launched onto a disorienting and perilous journey. (read more)

Here is the new teaser trailer for the novel: 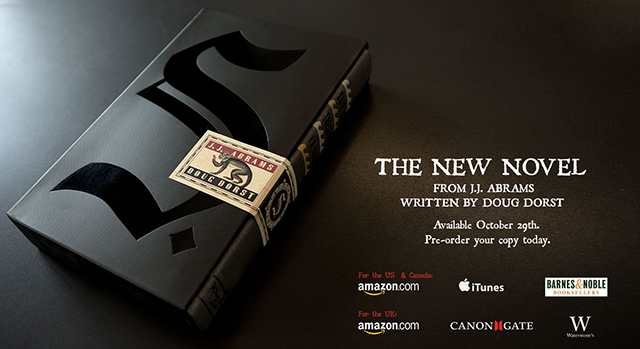 images and video via Amazon, Stranger and Bad Robot