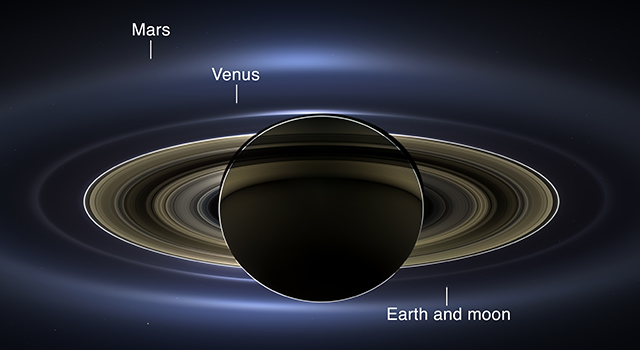 NASA recently released a remarkable image of Saturn backlit by the Sun, with Mars, Venus, and Earth visible in the background. The image is a mosaic of 141 wide-angle images captured by the Cassini spacecraft back in July, when Saturn briefly passed directly between the Sun and the spacecraft (an unobstructed view of the Sun would damage Cassini’s sensors). It is only the third image of earth taken from the outer solar system.