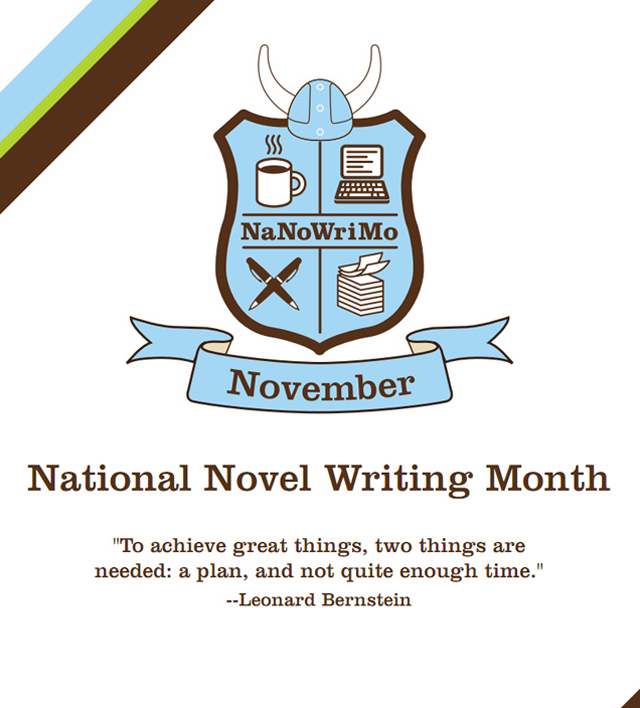 National Novel Writing Month, aka NaNoWriMo, is a month-long novel writing event where participants begin writing on November 1 with the goal to produce a 50,000 word novel by November 30. Anyone can join the event (which begins today!). It’s described as “thirty days and nights of literary abandon!”

If on November 1 you hear furious keyboard pounding echoing around the world, fear not. It is the sound of more than 250,000 people beginning a literary challenge of epic proportions: 30 days, 50,000 words, and one original novel.

Why? Because November is National Novel Writing Month, or NaNoWriMo, the world’s largest writing event and nonprofit literary crusade. Participants pledge to write 50,000 words in a month, starting from scratch and reaching “The End” by November 30. There are no judges, no prizes, and entries are deleted from the server before anyone even reads them.