He’s a wolfdog, so he’ll be great at marketing.

Male grooming product company Old Spice has announced that a scruffy character named Mr. Wolfdog will be serving as the new official Chief Director of Marketing for their Old Spice Wild Collection. Mr. Wolfdog speaks through an electronic translating device that’s strapped around his neck and certainly knows his way around an office, as evidenced in the company’s series of odd and funny online videos. Already he’s doing a great job at marketing the collection online in places like the Wild Collection Tumblr blog and his personal Twitter feed. He’s even got an album titled “Night Business” (which includes tracks like “Bored at Work” and “Payday“), a Linkedin profile and a presence on Pinterest. AdWeek reports that Wieden + Kennedy is the agency behind the clever ad campaign.

“Old Spice hired me, Mr. Wolfdog, to be their Director of Marketing. That was a very good decision. Now excuse me, I need to pie chart.”

I’m taking your questions live on a YouTube: youtube.com/watch?v=FV9MpF… Ask me things – #questionforwolfdog 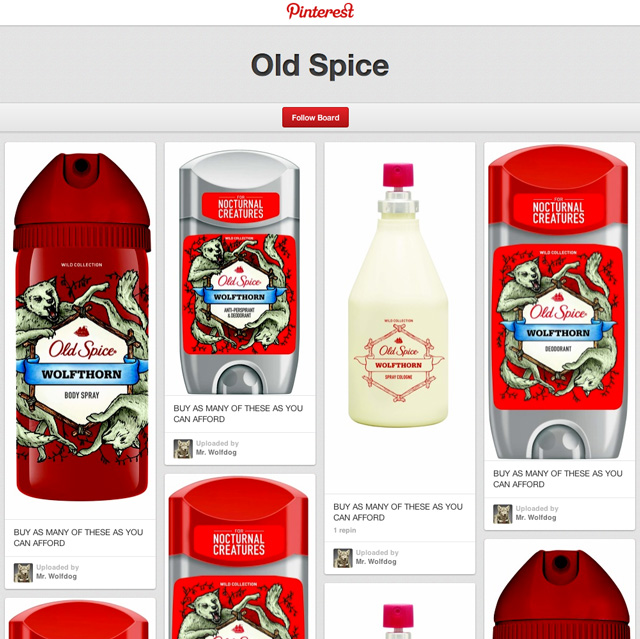