In this segment from episode 2 of the BBC program Victoria Wood’s Nice Cup of Tea, British comedian Victoria Wood sits down for a cup of tea with Morrissey, a self-described “tea-aholic.” The two discuss the role of tea in the British pysche as they drink weak Ceylon from the Italian teapot that Morrissey travels with. The segment was shot in Manhattan at Tea & Sympathy. 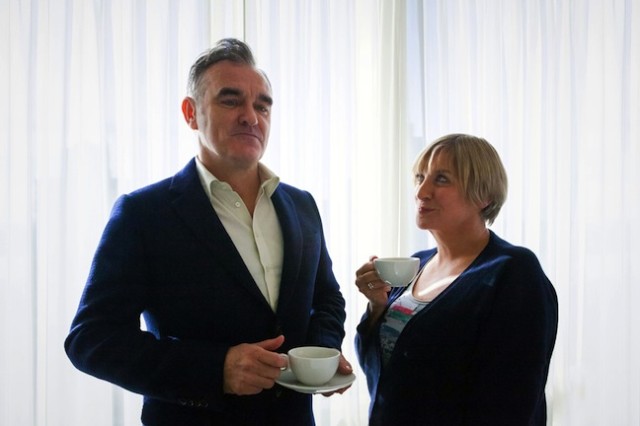