Tom Cruise is back as IMF agent Ethan Hunt for a fifth installment in the Mission: Impossible film series titled Mission: Impossible Rogue Nation. In the first full-length trailer from Paramount Pictures, Hunt is being tracked down by the Syndicate, a “highly trained organization of rogue assassins that kill on order.” He teams up with his trusted group of colleagues–William Brandt (Jeremy Renner), Benji Dunn (Simon Pegg), and Luther Stickell (Ving Rhames)–to fight against and take down the threat for good. The film is scheduled to release in theaters on July 31, 2015.

Ethan and team take on their most impossible mission yet, eradicating the Syndicate – an International rogue organization as highly skilled as they are, committed to destroying the IMF. 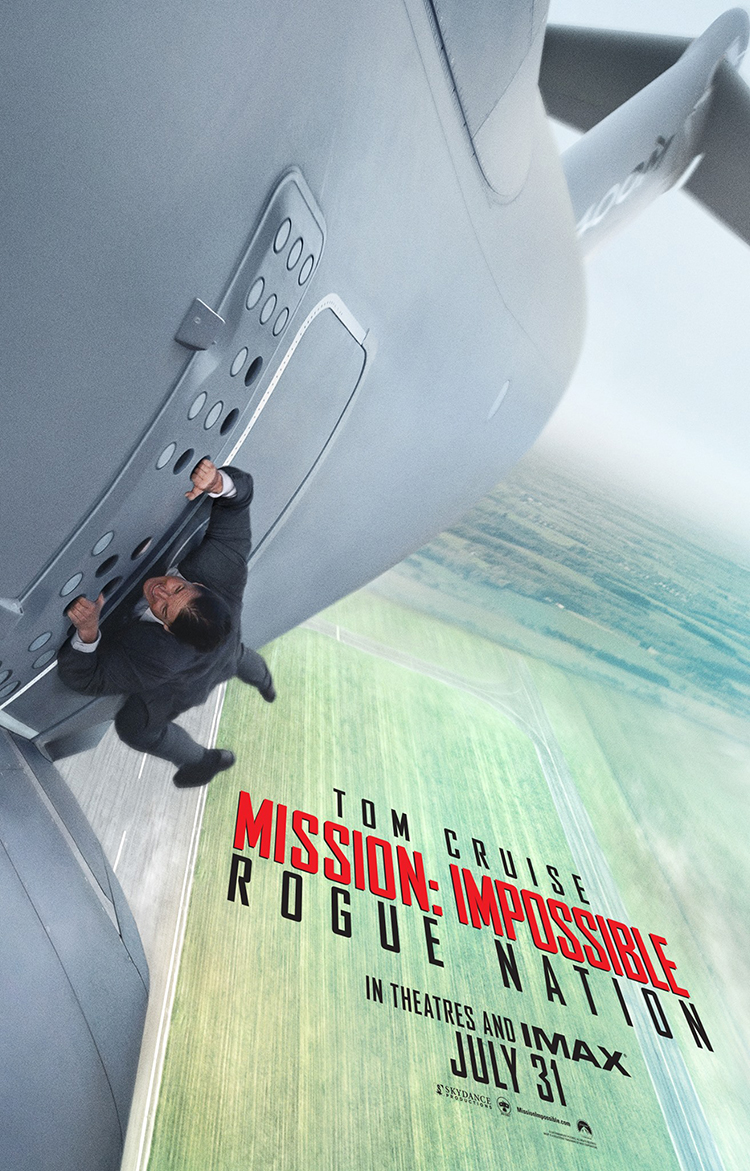 I’m excited to share the first footage for Mission: Impossible Rogue Nation with you. #MissionImpossible http://t.co/cLpzKq6VXV