Mine Kafon is an ingenious wind-powered land mine clearing device by designer Massoud Hassani (video). Crafted from bamboo and biodegradable plastics, the spherical device is designed to roll across windy expanses, like the deserts of Afghanistan, setting off any mines it touches. The device can absorb a mine blast with the loss of just one of its many legs, enabling it to destroy many mines during its operation. Mine Kafon is based on wind-powered rolling toys that Hassani made as a child in his native Afghanistan. Hassani is currently finding partners to help produce Mine Kafon. 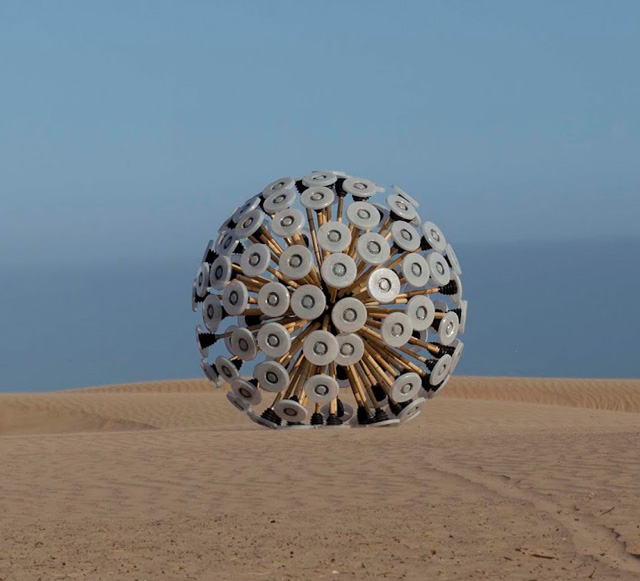