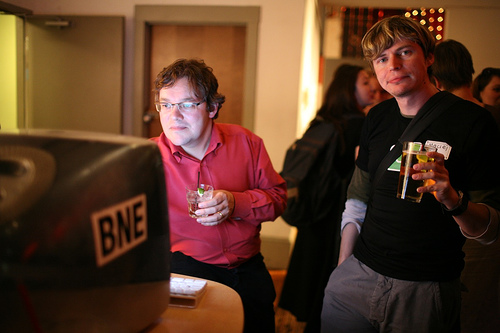 Microformats, a collaborative standards system for open data, recently passed the one year mark, so last night they had an anniversary party at 111 Minna Gallery in San Francisco. Here are a few photos.

Photos from the Microformats One Year Anniversary Party

Here’s some more info on what Microformats are all about. If you are interested in getting involved, visit the Microformats wiki.

Designed for humans first and machines second, microformats are a set of simple, open data formats built upon existing and widely adopted standards. Instead of throwing away what works today, microformats intend to solve simpler problems first by adapting to current behaviors and usage patterns (e.g. XHTML, blogging).