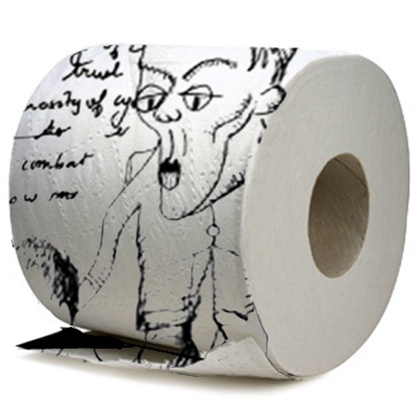 Michel Gondry is an absurd and surreal filmmaker who has among other things, curated the YouTube home page during Sundance and Sweded the trailer for his own movie.

He just launched his new website where he is selling a second DVD of exclusive videos including music videos, shorts, and behind the scenes – like Jack Black one-upping Michel’s video of solving a Rubik’s cube with his nose. Perhaps more importantly you can commission him to personally sketch your portrait or purchase “Michel’s Notes From the Throne” toilet paper. As his website says, “Wipe your ass with Michel’s good ideas.”